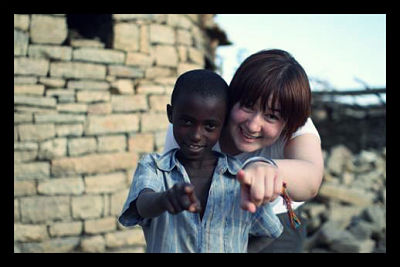 Hennessey Catholic College Students have decided to experience what world hunger and poverty is truly like in their own, unique way. The school has formed the 40-hour famine team with the goal of raising both money and awareness for those suffering from extreme poverty and international conflicts in Malawi, Ethiopia, East Timor, Nepal, Tanzania and Ugandav. The students are given the opportunity to experience the tribulations of those living in developing areas, sacrificing basic human needs such as sleep and food to fully immerse themselves in the struggle of living on less than a dollar a day.

The conflicts in Malawi are worsening. Nearly two million people in southern Malawi are starving and almost half of Malawians live on less than a dollar a day. With a population of almost 16 million people, that means nearly eight million citizens live below the poverty line. For Hennessey students, these statistics are troubling.

Starting at eight PM on the 16th of August and ending at noon on the 18th, 35 students will make multiple sacrifices for the cause. Below are some of the sacrifices individuals are contributing to the 40-hour famine campaign.

The students plan to raise $1500 dollars for the cause in hopes of helping those in need. Hennessey teacher and 40-hour famine leader Leonie Green said she is impressed with the student’s dedication to raising awareness, all the while learning very valuable lessons.

“It’s good to get people educated and not taking for granted what we have so much of,” she said.