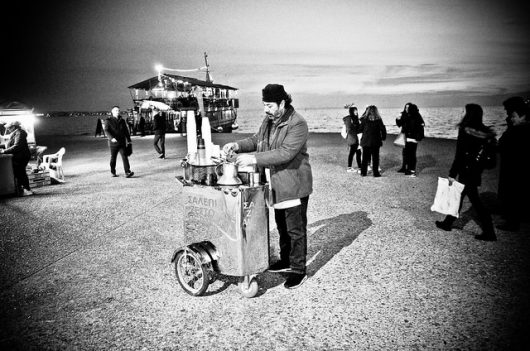 Almost ten years after the global financial crisis, the cost of living in Greece has continued to climb, while wages and available jobs have dropped considerably.  This unceasing contraction of the Greek economy has led to a sharp increase in the percentage of the population living in poverty to 23.2 percent in 2015.

The Greek recession, now on track to become a Greek depression, has devastated personal incomes. A Greek person living in 2014 had the same amount of disposable income that they did in 2003. Due to lost incomes and cut pensions, Greece is, by some estimates, 40 percent poorer than it was before the crisis.

However, it is not just wealth that has suffered. Nearly one million Greeks are unable to afford to pay for healthcare, and many smaller local clinics have closed down. As a result, wait times at larger facilities have increased. Furthermore, scores of workers have been discouraged from entering the workforce. Long-term unemployment has skyrocketed to 20 percent. That number is even higher among young Greeks.

Many families in Greece now rely on the pensions of one or two family members to live and eat. Pensions have been, and are scheduled to be cut due to new austerity measures introduced through the E.U. and International Monetary Fund’s bailouts. There is little money left after these families pay rent for anything else. More than 40 percent of Greeks have fallen behind on utility payments. This rate is the highest in all of Europe.

For many, the cost of living in Greece has become too high. Currently, more than half a million young and educated Greeks have left the country in search of better opportunities elsewhere.  However, there may be hope for those dismayed by the oppressing cost of living in Greece. On July 24, for the first time in three years, Athens has collected on new debt through bond sales.

Athens hopes that the 3 billion euro bond will lead to more investor confidence in the Greek economy. As confidence and credit returns, many are hopeful that people can go back to work and the country can pull itself out of this depression.