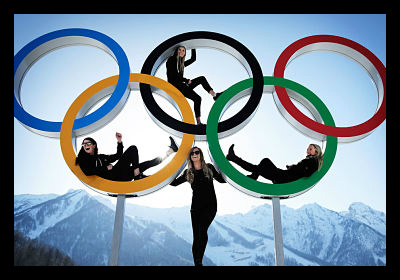 As the winter 2022 Olympics draw near, only four contending cities remain in a bid to host the games: Oslo, Norway; Lvov, Ukraine; Almaty, Kazakhstan; and Beijing, China.

Krakow, Poland, Stockholm, St. Moritz and Davos, Switzerland, and Munich took themselves out of the running to host because of the high cost of the Olympics. Krakow was seen as the favorite to win the bid after Stockholm pulled out. A referendum revealed that 70 percent of the residents did not wish to hold the Winter Olympics, and thus the city chose to remove their bid.

The $51 billion cost of the Olympics in Sochi was a warning for many countries about the high cost of the games, which may not balance with potential benefits. For instance, the 2004 Olympic games played a role in instigating the Greek economic crisis, according to HBO sports writer Jon Frankel.

A component of the economic problem lies in the lack of demand for the facilities once the event is over.

The Moderate Party in Stockholm supported the city’s desire to pull their bid.

“There isn’t any need for that type of that kind of facility after an Olympics,” said a spokesperson from the Moderate Party.

The other cities that pulled out gave similar responses for their decision.

Of the cities that still remain in the bidding, only two are considered serious contenders: Almaty, Kazakhstan and Beijing, China. In both of these locations, the people have no say about the Olympics being held in their respective cities.

The situation of the 2022 Olympics raises the larger question of huge sports events and their high costs. Around the world, both developed and developing countries bid to host the Olympics games and the World Cup. But as costs continue to rise and each proceeding country hopes to one up the other, the money spent may not be the most effective or beneficial spending.

In Brazil, riots broke out in protest to the World Cup and the enormous expenditures that have gone into its preparation. The income inequality remains high and the protests decry the extravagant cost that has gone into the World Cup that could have been used for other purposes. In addition, following the 2014 World Cup in Brazil, Rio de Janeiro will host the 2016 Summer Olympics, placing an even larger economic burden upon the country.

Qatar, who is to host the 2022 World Cup, has already faced criticism over the potential deaths that would result from the construction, citing the poor labor standards and the dangerous heat levels.

One cannot help but wonder whether the high costs of such events are worth the expenditures that could be used for other purposes.