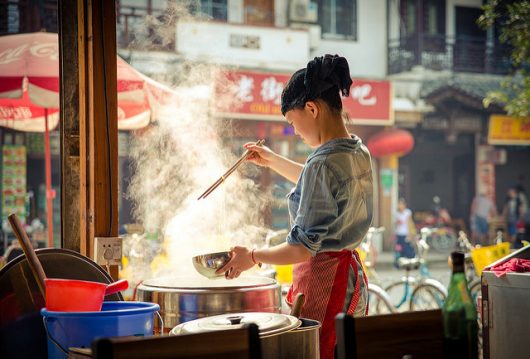 Over the last 35 years, 800 million people have successfully been lifted out of poverty in China. In such a short amount of time, no other country has ever been able to compare to the success and impact of China’s poverty reduction efforts. In 2016, the country lifted 12.4 million people above the poverty line. China is hoping to fully alleviate the poverty throughout its country by 2020.

To reach this goal, 230 billion yuan (33.5 billion dollars) has been allocated to help fight poverty throughout the country. China’s financial institutions have issued 818 billion yuan of loans, bringing the outstanding loan total to 2.49 trillion yuan.

With these financial aids, China plans to lift at least 10 million people out of poverty annually. Having exceeded its 2016 goal, China shows strong and promising results in achieving its goal for 2017. Chinese President Xi Jinping states that the fight against poverty is important in order to further develop the Communist Party and strengthen China’s economic, demographic and political structures.

In 2015, China made the pledge to alleviate poverty to the United Nations, striving to create a lasting impact on millions of lives throughout their country. Although progress has been made, over the last 35 years the rate of progress has slowed while costs have risen.

For example, in 2000, in order to successfully lift a person out of poverty in China, it cost the central government 48 dollars. In 2010, the cost rose to 150 dollars. These costs continue to rise, especially in reaching those living in remote locations, deprived of electricity and clean water. Currently, the cost to lift these people out of poverty is greater than 200 dollars per year.

Although costs have risen, China’s strategies continue to indicate hopeful results for years to follow, especially as their 2017 budget shows a substantial 30 percent increase in poverty-reduction efforts. According to the National Bureau of Statistics, China boosted the annual income of rural residents living in poor areas up to 8,452 yuan, an 8.4 percent increase year-on-year.

Alongside these results, 1.58 million struggling families who lived in devastating conditions have had their homes renovated or rebuilt, while 2.49 million residents have been relocated from poor, harmful conditions to developed areas as part of a program led by the National Development and Reform Commission.

The China Daily newspaper states that there are still 43.35 million people living on annual incomes below 2,300 yuan (335 dollars).

As the world’s second-largest economy and most populated country, rural poverty has been a major challenge for the country. However, with help from the central government and many poverty-reduction programs and organizations, China has made massive jumps in its goal to alleviate poverty by 2020.