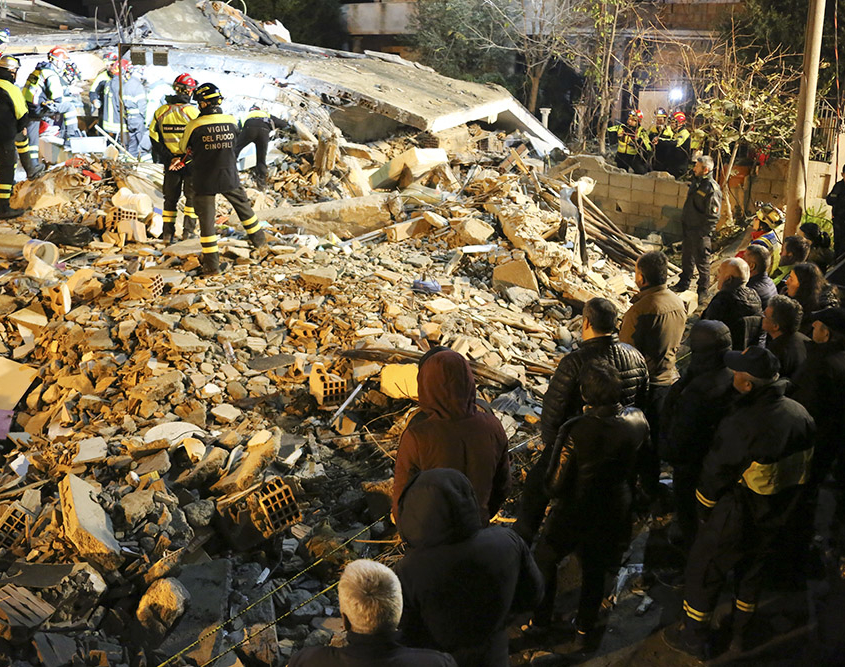 In the early hours of November 26, 2019, a 6.4 magnitude earthquake rattled Tirana, the capital city of Albania. Moments later, a second powerful earthquake hit near the coastal city of Durres with strong aftershocks continuing for weeks. Buildings collapsed on people sleeping in bed, who were unable to wake in time to seek safety. As soon as it was safe, rescue crews began to search for survivors in the rubble. In addition to taking lives, this destructive earthquake also caused homelessness in Albania to skyrocket.

The disaster left 51 people dead and more than 900 people hospitalized with injuries. The earthquake was the largest Albania has seen in 30 years and caused significant damage to apartment buildings and houses. With a shortage of recovery funding and complications caused by the COVID-19 pandemic, many people are facing homelessness in Albania for the first time. These citizens are living in dire need of foreign aid to help them rebuild their homes and communities.

Mass Housing Lost in the Earthquake

Homelessness in Albania remains a significant issue nine months after the earthquake and strong aftershocks rocked the country in late 2019. Albania has one of the lowest GDPs in Europe and is located on the coast of the Adriatic Sea and the Ionian Sea, bordering on Montenegro, Kosovo, North Macedonia and Greece. The districts near the epicenter, Tirana, Durres and Lezhë, suffered the greatest damage with 32,000 Albanians losing their homes, and nearly 5,080 buildings destroyed or slated for demolition after an assessment deemed them uninhabitable. Another 83,745 buildings were severely damaged.

Immediately after the earthquake, camps were set up to shelter homeless Albanians who slept in tents and temporary shelters created by the Albanian Red Cross (ARC) with the support of aid groups like the International Federation of Red Cross and Red Crescent Societies (IFRC) and other U.N. agencies. The damages from the earthquake have affected around 10% of Albania’s 2.9 million citizens, and the poverty rate increased by 2.3% with around 220,000 people impacted by the loss of buildings and infrastructure.

Falling Short on Funding for the Homeless

Despite a worldwide outpouring of support for the small European nation, homelessness in Albania caused by the earthquake remains a major issue. According to a situation report published by the International Federation of Red Cross and Red Crescent Societies in June 2020, the funding necessary to help Albanians recover from the earthquake is over five million U.S. dollars, but currently, the humanitarian organizations have raised just three million from a range of foreign aid donors. The American Red Cross and U.S. private donors gave close to $21,000 for relief efforts, and the U.S. Embassy in Albania states that it contributed to funding via on-the-ground technical support and through USAID funds provided to UNICEF.

Initially, families were accommodated in shelters and hotels, but for those who wished to stay near their destroyed homes, particularly in more rural areas, many began living in tent camps. As Albania headed into winter, the ARC focused on providing materials for these homeless earthquake victims to stay warm and survive the winter in tents and shelters with sleeping bags, blankets and kitchen kits. Later, the plan was to shift focus to creating permanent housing for them. However, as of June, some 17,000 people remain in temporary housing and shelters. A large group of people in Durres protested on May 26, marking six months after the earthquake, and asked authorities for clarity on the timeline of the reconstruction process. Their lives remain on hold as they wait for permanent housing and aid.

Albanians who lost their homes in the disaster faced a second crisis when the COVID-19 pandemic hit the country in March 2020, compounding their already difficult circumstances. In early March, Albania confirmed the first cases of COVID-19 in the country, and as a result, aid efforts were interrupted as airports closed and movement was temporarily halted. Funding to help the issue of homelessness in Albania has been redirected to fight the spread of the novel coronavirus, further complicating things for the thousands of people struggling to rebuild their lives after the earthquake.

To date, Albania has more than 6,000 confirmed cases of COVID-19 and still lacks adequate testing infrastructure but has reopened borders, leaving those most vulnerable in the population, namely the homeless, at greater risk. Quarantine rules ask people to stay in their homes, but for those in Albania living in temporary housing and tents, this critical safety measure can be difficult. While USAID has committed to investing $2.4 million for the COVID-19 crisis, it is integral that the issue of homelessness in Albania caused by the earthquake receives equal attention and financial support to stop the spread of the virus and help victims recover from the damage of the earthquake. 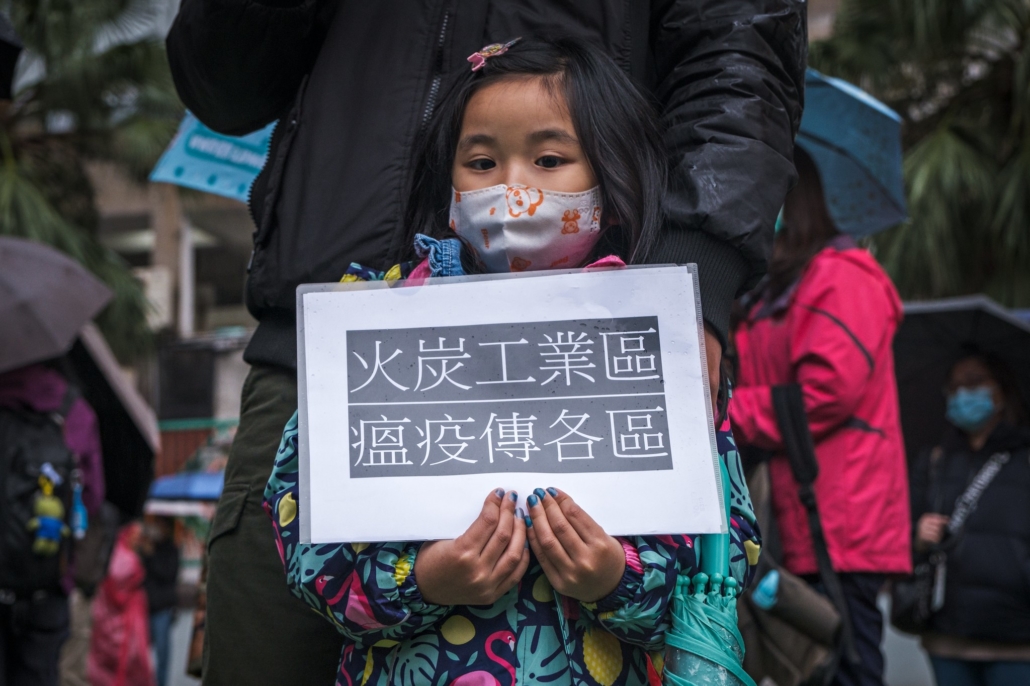 The 2019 coronavirus outbreak in China has infected thousands and killed hundreds of people in Japan, Thailand, Singapore, Germany, France, the United States and other countries. As a result, there are strict preventative measures, as currently, only supportive care exists – meaning there is no definitive cure. Understanding all relevant information about the virus itself and the reaction of the global health community is highly relevant, important and necessary.

Originating in Wuhan, China, the 2019 coronavirus is a viral infection that causes breathing problems. The 2019 coronavirus is within the same family of viruses – but a different strand – that causes Severe Acute Respiratory Syndrome and Middle Eastern Respiratory Syndrome. It transmits from human to human through coughing, sneezing and other moist bodily particles. Symptoms include breathing difficulty, fever and cough, similar to typical viral infections.

People can use supportive care for symptom relief, such as fever relief with Tylenol. No one has developed an antiviral for the 2019 coronavirus yet, which would consist of suppression of further viral infection of host cells, rather than viral eradication.

The CDC recommends avoiding crowds to reduce the chance of interacting with infected persons. People should also practice hand-washing and good hand-hygiene practices. These measures include avoiding touching eyes, nose and mouth, and covering the mouth and nose when sneezing. Moreover, people should disinfect surfaces frequently.

Those individual(s) who might have traveled on a plane or are concerned about becoming infected should monitor for symptoms. Symptoms are likely to occur between two to 14 days after traveling to China or interacting with individuals(s) who have traveled to China. Contact with the 2019 coronavirus can occur within six feet of a person and/or can occur directly when touching moist bodily particles. If symptoms occur, one should notify and visit a doctor’s office immediately.

The WHO International Health Regulations Committee first met to advise the Director-General on disease control and prevention strategies. WHO then visited Wuhan, China in January 2020 to establish a plan with China’s President, Xi Jinping, in treating existing patients and containing the virus. Globally, WHO is currently conducting research to find a viable treatment for COVID-19; the U.S. is simultaneously conducting a vaccine trial to prevent further spread. WHO and various international health ministries are gathering up funding, projected to be about $675 million, to support the Strategies Preparedness and Response Plan. The plan outlines preparedness protocol for countries, in particular, those with limited health systems, to stop virus transmission, treat patients and collaborate between countries to carry out all necessary operations.

Many countries and organizations, such as the United Nations International Children’s Emergency Fund, Belarus, Brunei, Cambodia, Egypt, Iran, Japan and Pakistan among many others, are sending medical supplies and equipment to help China in addressing COVID-19 treatment needs. Doctors in China are administering care to patients in temporary treatment centers while other health officials are managing supplies and equipment to ensure appropriate use. Furthermore, various Chinese companies are investing in research; other organizations are fundraising to support disease control efforts. Chinese city locals and groups are also coming together to lend a hand in stopping the outbreak.

Globally, support is even coming in from philanthropists, international businesses and foreign aids. For example, the Bill and Melinda Gates Foundation has donated $100 million. These efforts are all contributing to research, treatment and prevention funds. Foreign aid from the U.S. comes in the form of a medical advisory board going to China to work with its health officials while the European Union is providing $11 million USD for research on the virus.

Information regarding the 2019 coronavirus is emerging daily. Health organizations, governments, non-government organizations and businesses are pulling resources to contain the illness and its outbreak.