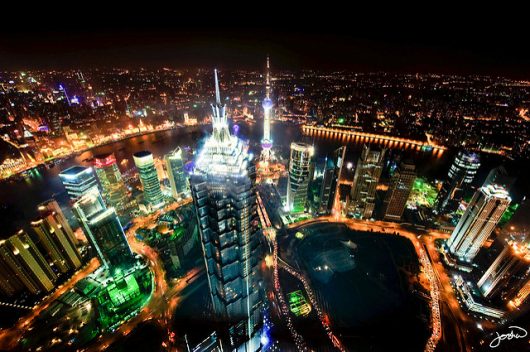 In June 2017, the U.S. Department of State released its annual Trafficking in Persons (TIP) Report indicating the worst countries for human trafficking. The Department ranks countries on a three-tier scale.

Tier 1 governments are those which acknowledge the trafficking problem and are making efforts to curb it. Contrarily, Tier 3 countries rank among the worst countries for human trafficking; they make little or no effort of bringing trafficking issues to justice.

The 10 Worst Countries for Human Trafficking

A 2006 Belarusian presidential decree condemns mothers and fathers (who have had their parental rights revoked) to compulsory labor; the government retains 70 percent of their wages.

2. Central African Republic (CAR)
Most human trafficking victims in the Central African Republic (CAR) are citizens exploited within the country. Young women in urban centers are at great risk of being entered into the commercial sex trade. Traffickers coerce girls into marriages and force them into domestic servitude, sexual slavery and international sex trafficking.

The International Office of Migration has developed a community awareness campaign for at-risk communities and individuals to improve awareness of human trafficking. This program especially targets internally displaced people (IDPs), returnees and host populations in the Central African Republic (CAR).

3. China
China reemerges on this year’s worst countries for human trafficking list, slipping from Tier 2 to Tier 3 in the 2017 TIP Report. In China, traffickers subject men, women and children to forced labor and the sex trade. Traffickers target individuals with developmental disabilities as well as children whose parents have migrated to the cities and left them with relatives. There are also instances of the abduction of African and Asian men to work under state-sponsored forced labor conditions on fishing vessels.

4. Eritrea
Eritrea is no newcomer to the Tier 3 rating. Many Eritrean young women and girls travel to Gulf States, Israel, Sudan or South Sudan for domestic work but instead find themselves victims of sex trafficking rings. International criminal groups kidnap vulnerable Eritreans living in or near refugee camps, particularly in Sudan.

Members of these crime syndicates then transport their captives to Libya and detain them for ransom. Eritrean military and police officers often abet trafficking crimes along the Sudanese border, thus maintaining Eritrea’s status as one of the worst countries for human trafficking.

Traffickers target Iranian girls between the ages of 13 and 17 for trade abroad. Captors press the youngest girls into domestic service until their kidnappers deem them old enough for use in child sex trafficking.

6. North Korea
North Korea holds an estimated 80,000 to 120,000 prisoners in camps, many charged with no crime. Without medical care and food, the detainees often die, their bodies incinerated in furnaces and dumped in mass graves.

7. Russia
Between 5 and 12 million migrants are working in Russia in conditions of slavery, in positions at garment factories, as public transport drivers, and in construction and agriculture. Russian officials facilitate the entry of migrants into the country for exploitation. Other officials receive bribes not to investigate human trafficking crimes. Overall, the government has not undertaken efforts to protect human trafficking victims.

8. Sudan
Sudanese law enforcement agents are often involved in, and profit from, child sex trafficking rings. Sudanese law prohibits the recruitment of children. However, youth remain vulnerable to recruitment and use as combatants by Sudanese non-governmental armed groups and militias.

Darfur is a favored route to Libya, as the porous border and lax security allow traffickers to operate with impunity across the region. Sudanese police and border patrol purportedly facilitate abductions of Eritrean nationals and permit the transport of potential victims across borders without intervention.

9. Syria
The circumstances in Syria have deteriorated throughout the ongoing civil war with sub-state armed groups of varying ideologies exerting control over vast geographic areas of the country’s territory.

ISIS requires Syrian girls to submit to virginity tests before selling them in “slave bazaars” and transferring them to various Syrian provinces and other countries for sexual slavery. Throughout 2016, displaced Syrians continued to utilize smugglers to provide illegal passage to Europe via the Mediterranean Sea, putting the Syrians at risk of being trafficked.

Venezuela continuously ranks as one of the worst countries for human trafficking as they do little to prevent or punish trafficking. They have strict laws surrounding it, but the prosecution of the crime is rare. Since 2013, Venezuela has convicted only three people under human trafficking laws.

Perhaps the most encouraging data is that the 2017 report assigned 36 countries, including the United States, to the Tier 1 category. Guyana deserves special praise, as its ranking rose from Tier 2 to Tier 1. 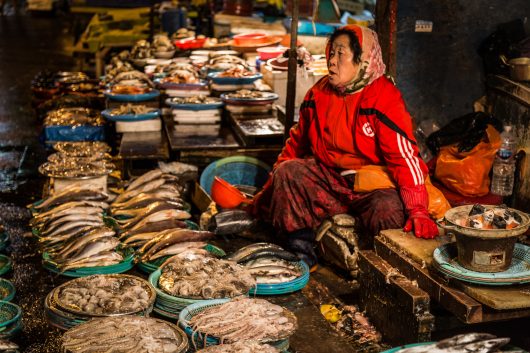 In the age of advanced medical technology and global health awareness, human longevity is undeniable. Past life-threatening diseases and infections, such as hepatitis A and B, can now be prevented with a vaccine administered through a single shot. Through medical research and development (R&D) programs and projects, human life expectancy is expected to increase exponentially by 2030.

Many organizations exist toward the goal of extending human life expectancy. One such organization, the International Federation of Pharmaceutical Manufacturers & Associations (IFPMA) represents research-based biopharmaceutical companies and associations worldwide. IFPMA advocates for practices and policies that promote the access and discovery of life-saving medicines and vaccines. Through its two million employees at member companies and associations, IFPMA can successfully research, develop, and provide reliable statistical figures that help improve the lives of patients across the globe.

Here are 10 key facts from IFPMA’s 2017 Facts and Figures report: