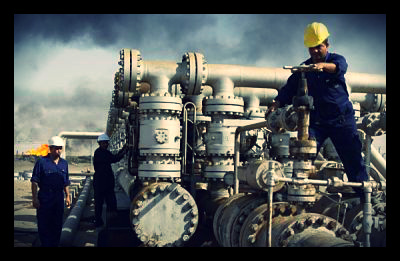 The United Nations warned on March 22 that increases in energy production through tar sands and fracking for natural gas may serve as a considerable threat to freshwater supplies.

Intensive consumption of freshwater supplies has already caused a concern for water scarcity. Moreover, the global population is expected to rise to eight billion people by the spring of 2024. In the 20th century alone, the world’s population increased from 1.64 billion to 6 billion. To make matters worse, the environmental concerns of a changing climate also make freshwater access more volatile.

The 2014 World Water Development Report on Water and Energy also reported that serious tension between power generation from the fossil fuel industry and environmental considerations will only get worse as time progresses. By 2050, water demand is expected to increase by 55%; however, water use for energy production (through fossil fuel exploitation) is set to increase 20% by 2035.

The report stated that, “Water is used, in varying quantities and ways, in every step of fossil-fuel extraction and processing.” Considering the changes in society coming into the 21st century, the fossil fuel industry has become outdated. Apart from being economically viable in some regards, the pressure that the industry places on the environment goes on to extend to other areas of society, which has sparked considerable public opposition.

For these reasons, the United Nations and most environmental groups assert that a decline in the fossil fuel industry and growth of the renewable energy industry will be necessary for the human race to sustain itself.

Sustainability is becoming more and more necessary over time, and with the expansion of environmentally damaging entities, such as the fossil fuel industry, the problem of climate change might be exacerbated and water resources could become more scarce. Only 3% of all of the water on Earth is from freshwater sources and currently, nearly 1.2 billion people live in areas faced with freshwater scarcity. This number will continue to grow with continued use of large amounts of freshwater within industrial processes.

According to the World Water Development Report, “40[%] of the global population is projected to be living in areas of severe water stress through 2050.”

The issue raises substantial concern for our energy needs. Although our need for energy supply is growing, environmental risks produced by the fossil fuel industry place humanity in a tough position. Though the fossil fuel industry has become considerably active in the political process to be able to sustain itself, the world insists on sustaining the environment moving into the 21st century.