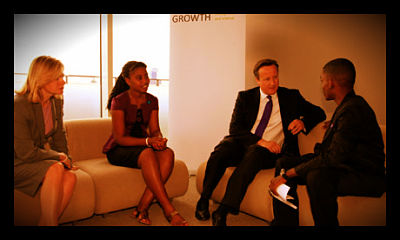 By the time the G8 Summit took place on 17th-18th June, several nations were already taking action to combat child malnutrition. On June 8th, at nutrition for growth summit co-hosted by Prime Minister David Cameron, the vice-president of Brazil, Michel Temer, and the Children’s Investment Fund Foundation, commitments of up to $4.15 billion were pledged by developed nations. These pledges will double the funding currently given to global nutrition.

Additionally, a global ‘nutrition for growth’ compact was signed by representatives of 24 governments and 28 businesses, as well as various scientific organizations. The focus of this compact is to provide benefits to at least 500 million women and children through effective nutrition interventions, reduce the incidences of stunted growth due to malnutrition, and save at least 1.7 million lives by the treatment of severe malnutrition.

The benefits of this could be far-reaching. Reports point to malnutrition as the underlying cause in the death of 3.1 million children annually, as well as adversely affecting the growth and development of another 165 million. As a result of this, it is estimated that Africa and Asia lose 11% of GDP every year due to issues surrounding malnutrition.

Commitments, though, are equally important from the developing countries in terms of spending on nutrition and prioritizing internal poverty and hunger. And in some instances, these pledges were forthcoming. The president of Malawi, Joyce Banda, pledged Malawi would treble spending on nutrition (from 1% to 3.3%) by 2020. Similarly, Burkina Faso committed to reducing chronic malnutrition from affecting 32.9% of the population to 25% by 2020.