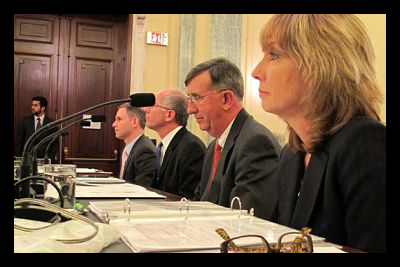 As the 114th Congress settles into a regular routine, committee and subcommittee chairs are being announced. Notably, Sen. Jeff Sessions (R-AL) was announced as the chairman for the Senate Subcommittee on Immigration, Refugees and Border Security.

Sen. Sessions expressed his desire for stricter immigration control in the past, saying that immigration reform is a term “reserved for proposals which benefit everyone but actual American citizens.” He also pushed back against President Barack Obama’s executive actions on immigration.

On Jan. 26, 2015, Sen. Sessions released a 25-page guide entitled the “Immigration Handbook for the New Republican Majority.” The handbook covers executive amnesty, immigration economics and effects on welfare, concluding with questions about the immigration debate in the U.S.

The subcommittee handles refugee policy in the U.S., which is a foreign policy issue that receives little floor time in the House and Senate and even less funding and support. Refugee programs run through a complex system of departments and offices, including USAID, Department of Homeland Security, Department of State, Department of Health and Human Services and U.S. Immigration and Customs. The sheer number of hoops to jump through for funding, visas or support can be daunting for both advocates and refugees themselves.

Immigration debate in the U.S. took a rare humanitarian turn last year when reports revealed the staggering number of minors crossing over the Mexican/U.S. border out of Central America. Many of these minors are fleeing extreme poverty, violence and illegal economic activities.

Sen. Sessions’ subcommittee will likely decide the outcome of the dangerous journey many take to flee poverty and violence.