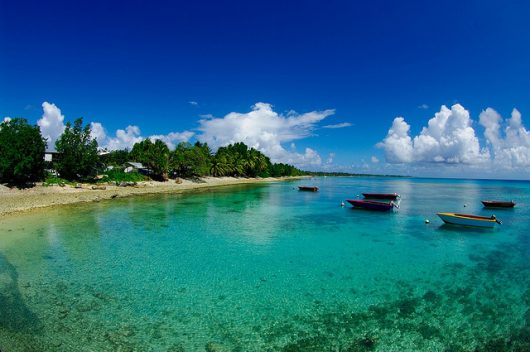 Tuvalu refugees represent some of the first waves of climate refugees. Huge numbers of Tuvaluans have been displaced after watching their island home between Hawaii and Australia be eroded by rising sea levels, intensifying natural disasters and soil degradation from contaminated groundwater. With no official recognition of climate refugees, Tuvaluans are increasingly threatened by the loss of their homes and hung out to dry by wealthy neighboring countries unwilling to accept their refugee status. Here are ten facts about Tuvalu refugees.

Based on these 10 facts about Tuvalu refugees, there are many hurdles for Tuvalu to cross both short term and long term. In the short run, Tuvalu should continue investing their reserves heavily in renewable freshwater storage systems and ongoing soil rehabilitation and protection programs. They should enlist foreign aid to help build one-time purchases, such as stabilizing bulwarks that prevent coastal erosion.

In the long run, Tuvalu should look to neighboring nations such as Kiribati who have established forward-thinking programs, such as their “Migration With Dignity” program, which involves training citizens as highly skilled workers who will then be welcomed into other countries because of their human capital when they are eventually forced to relocate. Tuvalu would do well to begin such programs as soon as possible, as the threats of climate change are more pressing and real for them than foreign leaders care to believe.