Tag Archive for: 10 facts about slums in Brazil 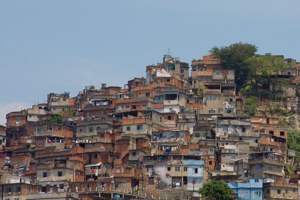 Brazil, being among the top 10 most populous countries in the world, has one of the highest levels of wealth inequality. Wealth distribution is lacking, as the south is responsible for the vast majority of Brazil’s bustling economy and holds a large fraction of the nation’s money. The stark contrast between the affluent and the poor is as visible as the divide between the metropolis and the countryside. The outskirts of Brazil’s major cities, namely Rio de Janeiro, indicate a clear division as unregulated neighborhoods, or slums termed “favelas,” are ever-present. Here are 10 facts about slums in Brazil.

10 Facts about Slums in Brazil

The favelas of Brazil signify the divide between the poor and the wealthy. Rio de Janeiro has implemented programs to eradicate the favelas and replace the weak, dangerous infrastructure of the slums with more permanent housing. While the conditions of the slums in Brazil may seem hopeless, change is occurring and progress is being made.