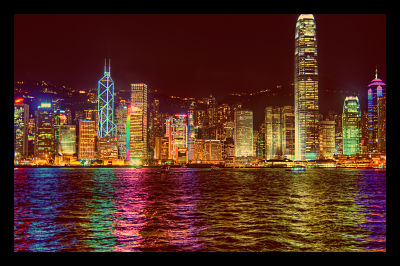 The recently released Hong Kong Poverty Situation Report 2012 found, to the surprise of many, that over one-fifth of the population is living below the poverty line. This translates to 1.3 million people, or roughly 19.6 percent of the total population who are living in poverty in Hong Kong. One of the reasons that the figures are so surprising is that such measurements have never before been readily available. With this report, the government of Hong Kong has instituted a poverty threshold for the first time.

Nevertheless, the fact remains that there is a staggeringly huge wealth disparity within Hong Kong. Marked by skyscrapers, malls, and other such signs of affluence and modernity, the city is home to some of the wealthiest individuals in the world. This disparity is one of the contributing factors to the relatively high Gini coefficient cited by the report.

According to the World Bank, the Gini index “measures the extent to which the distribution of income or consumption expenditure among individuals or households within an economy deviates from a perfectly equal distribution.” Any coefficient above 0.4 is indicative of a possibility of social unrest; Hong Kong’s coefficient as of 2011 stands at 0.537.

The city is particularly susceptible to such unrest because of its precarious political situation. Although it has its own government and legal system, Hong Kong has remained under the auspices of China since its cession from Britain in 1997.  In fact, the city’s official name is the Hong Kong Special Administrative Region of the People’s Republic of China. Largely due to a difference in ideologies between the two governments, several popular movements among Hong Kong’s population are calling for autonomy or outright independence from China.

Because of the report’s findings, Hong Kong’s leader, Leung Chun-ying, has pledged to introduce measures early next year to help the country’s impoverished. According to Matthew Cheung, the city’s secretary for Labor and Welfare, the introduction of a poverty line has been an important step in alleviating widespread inequality.

He says of the government’s continued efforts to reduce wealth disparity and help struggling individuals and families, “We want to build a more caring, compassionate and inclusive society here.”