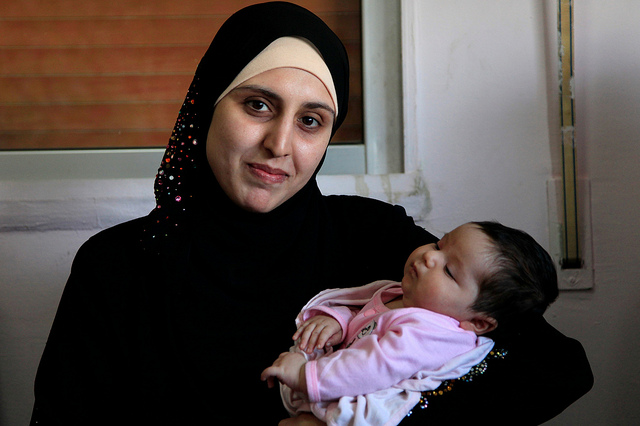 Beginning in 2011, the Syrian Civil War has resulted in an influx of refugees, many of which fled to neighboring countries. Five million Syrians fled to Lebanon, Jordan, Turkey and European countries. Approximately six and a half million remain internally displaced within Syria. As a result of war and civilian displacement, medical attention and healthcare have started to decline.

Prior to the civil war, Syria had a stable middle class and a relatively high socioeconomic status. Usually, countries of middle-class status tend to face a higher prevalence of non-communicable diseases such as hypertension, diabetes and cancer. Unfortunately, due to the war, relocation, crowding and poor sanitation, many of these illnesses remain untreated in Syria.

Ninety percent of Syrians are affected by non-communicable diseases. Many diseases, such as hypertension, diabetes and cancer are left unaddressed. This is the core of the Syrian refugee health crisis.

In order to access healthcare in host countries, refugees are required to obtain an identification card. Problems arise due to the inability of refugees to acquire the proper documentation. This is mainly due to the ongoing conflict in Syria. Nonetheless, over 500,000 refugees have found asylum in Jordan and a majority has gained the proper documentation for accessing medical treatment. Currently, 145,000 refugees remain without documents in Jordan.

Primary care varies greatly based on the administering country and whether or not the patient lives in a camp or settlement. However, organizations are working to supply sufficient medical care for chronic and communicable diseases.

Syrians have received immunizations from non-governmental organizations (NGOs) upon arrival at settlements and camps. Part of the Vaccination Program for the U.S.-bound Refugees is administering select vaccines.

The World Health Organization is also working through partnerships to address nutritional health and raise funds for projects and initiatives. It is also strengthening the disease surveillance system outside refugee camps.

The John Hopkins Center for Refugee and Disaster Response

The students and faculty of the John Hopkins Bloomberg School of Public Health developed a symposium in 2015. Their work focuses on new research initiatives that propose solutions to the Syrian refugee health crisis.

The school’s Center for Refugee and Disaster Response is assessing Syrians’ basic needs regarding food, medicine and daily living items to provide data for assistance programs. This program also looks into the effectiveness of cash-based food programs for families suffering from non-communicable diseases.