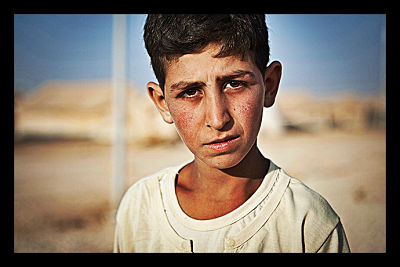 With children in the United States heading back to school over the next few weeks, it can be difficult to imagine that one million children are being denied the chance to not only return to school, but to even remain in their homes.

Syria has made headlines in recent days with the current UN investigation of whether chemical warfare has been used against citizens. And with millions of people, almost 50% of which are children, fleeing their homes and livelihoods for the safety of surrounding countries just to stay alive, the education of their children has been placed to the side for the time being.

While 1 million Syrian children are being forced to flee with or without their families, another 2 million are estimated to be displaced within the country itself. Like the rest, they are unable to get an education. The longer they have to stay away from school and the older they get, the less likely it is that they will make it back to finish their education.

In an article from the Christian Science Monitor Antonia Guterres, UN High Commissioner, states, “The youth of Syria are losing their homes, their family members and their futures.” The children are part of what is being called the “lost generation”.

Even if the conflicts end in Syria, without an education the current generation will be hard-pressed to make any real changes or return stability to the country. These children are also suffering from the trauma of witnessing war up close and experiencing things no person should have to experience.

Jana Mason, a UNHCR senior adviser told Huffington Post, “It wouldn’t be an overstatement to say that … when Syria is peaceful enough in the future and people start returning home, we’ll have a generation [of people] who are undereducated and traumatized. The future for Syria is very distressing.” The poverty and conflict will therefore continue in a vicious cycle, affecting more and more people as time goes one.

Those living in the refugee camps are going without food, water, or medical attention. Children born in the camps are often lacking a birth certificate and are considered “stateless” as a result. There have been reports of child labor, child marriage, and sex trafficking throughout the refugee areas. Parents have to be more concerned with these immediate issues that affect whether a child will live, die, or have a home, than with less obviously substantial things like schooling.

For many the problem comes more from the inability to provide transportation to school, supplies, or lunches even though there is free schooling offered in the area they have fled to.

Initially the citizens of the countries they are fleeing to, like Jordan, were opening their doors and doing whatever they could to assist those escaping the war. But, as with many things, over time the welcome has cooled off and people are finding help less frequently. Schools are packed and running double shifts, hospitals are denying people entry, and medicine, food, and water are becoming scarce.

UNICEF is begging that the developed countries of the world come to the aid of these children. The UN states that only 38% of the necessary $3 billion to help the refugees has been funded so far. This is being described as the largest humanitarian effort of all time, and still there is not enough being done. The children of Syria deserve the chance to continue their education and live peacefully.

Why Do Slums Exist? Human Rights Abuses in North Korea Investigated by UN
Scroll to top