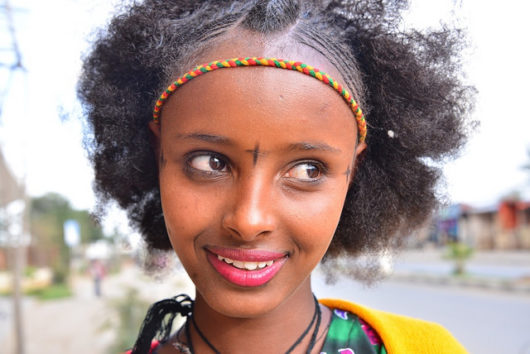 According to the UN, agriculture is the largest employer in the world. The industry provides employment to 40 percent of the world’s population. However, on average 1 in 4 children suffer from stunted growth around the world due to undernourishment. In fact, poor nutrition kills up to 3.1 million children each year. People in the developing world are more likely to be affected by malnutrition due to food insecurity.

Crop rotation is a sustainable agricultural technique that is both easy to explain but difficult to understand. To fully grasp how it works and understand its benefits, one must understand soil composition. According to the University of Hawaii at Manoa, an average soil composition is 45 percent minerals, 20-30 percent air, 20-30 percent water and 5 percent organic material. Water helps to hydrate the plant and circulate the minerals and organic material that feed the plant. Air allows room for the seeds to grow when planted.

Crop rotation involves planting different crops during different seasons every year. Crops such as corn or wheat are nitrogen-demanding and pull much of it from the soil. If they are planted year after year, they drain the soil of its fertility. Therefore, in the following year it is important to plant crops such as legumes. They demand less nitrogen and sometimes even help replace the lost nitrogen. The process continues depending on the farm’s specific soil composition. The time at which different crops are planted may be different for each farm.

One might be tempted to say that fertilizers and pesticides are necessary as they are used to increase crop yield. But heavy use of pesticides, herbicides and fertilizers increases water pollution which can harm humans and other animals and plants. It can also degrade the soil quality over time.

A sustainable farming technique that can be used to reduce a farm’s reliance on pesticides is to stop using pesticides altogether. A study published in a peer-reviewed journal, Nature Plants, claims that in 77 percent of the farms investigated, there was no correlation between increased profitability and high pesticide usage. They estimate that many farms could reduce their pesticide usage by 42 percent and see no difference in their crop yield. Pesticides are not only harmful but are also expensive; reducing use of pesticides can help save money. With so much of the world’s population relying on agriculture as their main source of income, every little bit of money saved counts.

The Food and Agriculture Organization of the United Nations began a program in 1989 called Farmer Field School Approach. This program has been developing with practice and continued implementation. It has helped educate over 180,000 farmers in East Africa alone about the benefits of sustainable agricultural techniques and how to implement it on their farms.

Farmers who participate in these classes then go on to educate their neighbors. This is where the real impact happens. It has resulted in more sustainable farms. In the end, sustainable agriculture techniques lead to healthier farms, healthier people and a healthier economy.