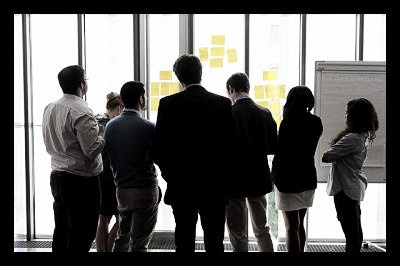 Of the 7.3 billion people on earth, 1.8 billion are between the ages of 10 and 24. Ninety percent of that 1.8 billion, or about 1.6 billion, live in developing countries. A new report from the United Nations Population Fund, UNFPA, said that such a demographic has never before existed. What does it mean for global poverty? According to the UNFPA report, “Never again is there likely to be such potential for economic and social progress. How we meet the needs and aspirations of young people will define our common future.”

Half of the populations of Chad, Niger and Uganda are under the age of 16. The UNFPA report notes that Asian economic juggernauts like China and South Korea experienced a similar surge in the youth population prior to their economic upsurge in the 1970s and 1980s.  “In the 1970s, east Asia invested in its young people’s human capital, it enabled the region to realize its demographic dividend, contributing to a 6% surge in GDP and a quadrupling of per capita income in some countries,” noted the UNFPA report.

Similarly, a timely investment will be required if the developing world’s ‘demographic dividend’ is to be fully realized.

In several developing countries, youth population growth is exceeding the capacities of health and education institutions. Preventable and treatable diseases claimed 1.3 million adolescent lives in 2012, and according to the report, more than two million 10- to 19-year-olds are living with HIV.

Youth population growth is exceeding not only the capacities of health and education institutions but also the capacity of the economy to provide enough jobs. Youths aged 15 to 24 account for 36 percent of global unemployment, and 500 million young people live on less than $2 a day.

According to the UNFPA report, sustained economic growth will depend on the improvement of access to credit and community banking systems, the expansion of formal sector employment and the creation of sound legal and regulatory environments. The report also advocates the promotion of gender equity and universal access to education.

Many of the developing countries experiencing a youth population surge depend heavily on foreign aid. If the developing world’s “demographic dividend” is to be realized to its full potential, it will require the investment of wealthier nations like the United States. According to the UNFPA report, if the challenge is met, the results could be extraordinary: “With the right policies and investments and the engagement of young people in nurturing their own potential, the largest generation of young people in human history can become the problem-solving producers, creators, entrepreneurs, change agents and leaders of the coming decades.”