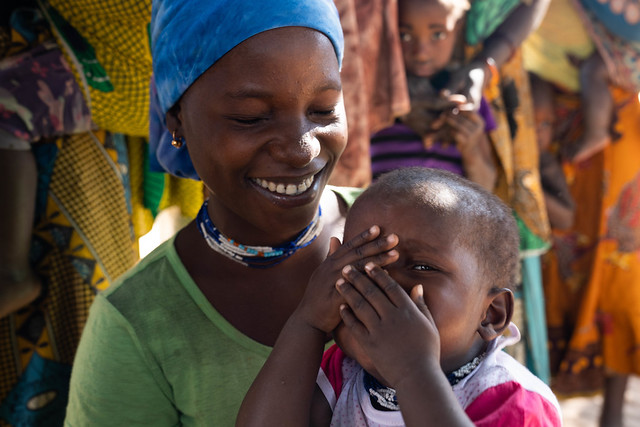 Fighting trachoma can be a dicy and delicate task. According to the World Health Organization (WHO), the trachoma epidemic is sweeping 51 countries and impacting the vision of about 2.2 million people globally.

Trachoma is an infection of the eyes that originates from the bacterium Chlamydia trachomatis. The infection is most prevalent in low-income, rural areas of Africa, Asia, Central America and South America where people often lack adequate sanitation facilities and clean water.

Fighting trachoma matters in the fight against global poverty for a variety of reasons. Children suffering from the disease are often unable to continue studying or working due to the symptoms of the illness, which include intolerable pain and constant itching. Older family members experiencing the same symptoms may struggle to support and care for their families and be unable to continue in their lines of work. Eventually, if left untreated, the infection will cause permanent blindness which significantly impacts the livelihoods of its victims.

While trachoma is easily spread, it is both preventable and treatable. The case of ENVISION in Mozambique demonstrates the potential impact prevention and treatment measures can have in the spread of this disease.

The WHO recommends the combination of preventative measures and treatment through the SAFE strategy (Surgery, Antibiotics, Facial-cleanliness and Environmental improvement). Mozambique’s government, with the help of USAID’s Neglected Tropical Diseases Program, launched ENVISION in 2012 and aims to end trachoma in Mozambique by 2020. While this timeline may seem ambitious, there have already been significant signs of improvement in Mozambique.

According to USAID, in 2013, ENVISION distributed and successfully administered the antibiotic Zithromax in the 10 districts of Niassa, the most remote province of Mozambique. Since then, rates of trachoma in Niassa have dropped to below five percent. This is low enough to end the mass drug administrations in the area.

ENVISION leaders are also collaborating with NGOs working in the areas of sanitation, water and hygiene to aid in establishing preventative measures. While trachoma has yet to be completely eradicated, the leaders behind the ENVISION initiative have made great progress in fighting trachoma in just five years.