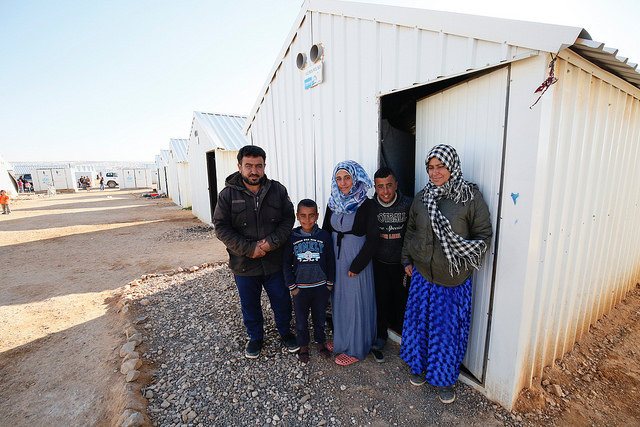 Going into its seventh year, the Syrian civil war has created one of the largest humanitarian crises of our time. With more than 480,000 people killed and 11 million people displaced from their homes, the international community has grappled with the question of how to bring relief to Syrians amid active hostilities and uncertain circumstances.

The scope and complexity of the conflict, along with the government’s restriction on aid to various regions (especially rebel-held territories), have severely limited international organizations’ relief workers and supplies from reaching much of the country.

Once in a while, though, a humanitarian push manages to rise above the proverbial brick wall that is armed conflict to give hope that there can be successes for humanitarian aid to Syria. Such is the case with the education program bringing new opportunities to some of the hardest-to-reach students in the war-torn city of Aleppo.

With increased access to parts of Aleppo, the Syrian Society for Social Development (SSSD) has begun offering free classes and tutoring to students in the city. This comes at a time when 1.75 million school-aged children are out of the classroom and 1.35 million more are at risk of dropping out.

The SSSD provides a variety of programs, including remedial classes for students who have missed school as well as tutoring, education supplies and registration help. Through some of their informal education programs, they facilitate the transition of dropout students back into the critical thinking mindset of learning to eventually return to formal education.

Zooming out of Aleppo to the rest of Syria, the 2017 Humanitarian Response Plan stated that over 1.1 million children were reached through various forms of formal and informal education. These children, along with the 179,118 people who have been reached through women and girls’ empowerment activities, are reason for the hope of continued success of humanitarian aid to Syria.

To get back on its feet economically and promote political stability for the future, Syria cannot afford to lose a generation of educated youths. While the push to get all Syrian children back into school remains an uphill battle in the ongoing conflict, the success of humanitarian aid to Syria gives hope that even the hardest-to-reach students can find their way into the classroom.