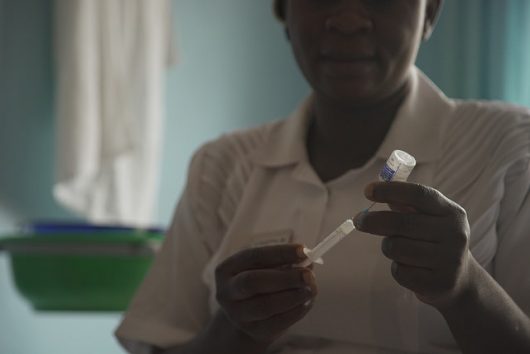 Every day, nearly 2,300 Nigerian children under the age of five lose their lives. According to UNICEF, essential medical care during childbirth and the weeks following would have prevented most of these deaths.

Neonatal mortality in Nigeria constitutes a quarter of deaths among children under five. A majority of these deaths occur within the first week after birth and are caused by birth asphyxia, infection and premature birth.

On Feb. 18, 2017, Northwestern conducted its annual health case competition. For the fourth year, the university invited students to propose solutions to a 21st-century global health challenge to raise awareness and encourage innovative thinking. The 2017 competition included six teams consisting of five students each from different schools.

The 2017 case centered around neonatal mortality in Nigeria and the implementation of chlorhexidine, an inexpensive and effective antiseptic gel. Severe infection and sepsis, an immune response to bacterial infection in the bloodstream, are two of the leading causes of neonatal death in Nigeria. The students’ assignment involved integrating chlorhexidine into “Nigeria’s healthcare institutions, culture, and maternal care regime.”

The winning team’s three-year implementation plan centers around a “birth kit,” which includes the chlorhexidine gel and other materials essential for home births. The umbilical cord is a common entry point for infectious diseases, so the gel would be used to sanitize and protect mothers and their newborns. Sustainability was the team’s focal point. They proposed a partnership with a nonprofit to help cooperatively create a demand for the birth kit, then slowly normalize chlorhexidine in Nigeria’s childcare culture.

Courtney Zhu, a member of the winning team and a sophomore studying journalism and global health, said, “From this experience, I gained insight into the mechanism of tackling modern health challenges, and realized just how valuable collaboration is in a multidimensional field like global health.”