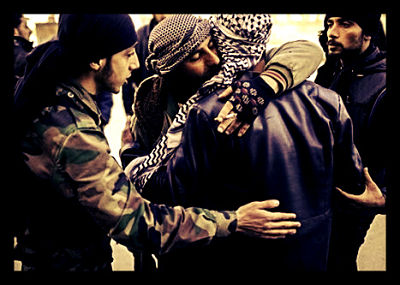 The story behind Syria’s civil war is complex. But with the two and a half year conflict in desperate need of a solution and the United States possibly preparing for an imminent strike, it is very important to be informed about.

Inspired by the events in Egypt and Tunisia, Syrians organized peaceful protests in mid-2011 to challenge the dictatorship of Bashar al-Assad and his oppressive regime. The government responded violently, killing activists and opening fire on protestors. Eventually, the public fired back. From there, the situation escalated and Syria’s civil war erupted.

Syrian history plays an important role in understanding the conflict between the oppressive government and the factions dividing the people.

The Assad family identifies with a Shi’a religious sect of Islam that compromises only 12 percent of the total Syrian population. The country’s borders were drawn by European colonial powers that mixed together several different ethnic and religious groups. This melting pot of diversity created sectarian tensions, especially when the powers promoted and aimed to rule Syria through a minority.

The disparity has shown in the numbers; Syria since her independence has seen a steady increase in inequality amongst religious sects as policy continues to favor minority groups and people who have connections with the government. The majority, compromised by mostly conservative Sunni Muslims (60 percent of the population) as opposed to the Shi’a minority, live in poverty with high unemployment rates amongst youth.

President al-Assad’s violent response to the protests should come as no surprise to anyone who knows a little bit of Syria’s contemporary history. His father, President Hafez al-Assad, flattened entire neighborhoods and took almost 20,000 lives in response to similar protests by the Muslim Brotherhood. Not much has changed under his son, President Bashar al-Assad, except that Syrian civilians are now refusing to live in fear of the regime and have responded with violence of their own.

Armed civilians organized into rebel groups to combat military forces that were bombing and shelling entire portions of Syrian cities in hopes of terrorizing the populations into submission. With no end in sight, the Syrian government unleashed chemical weapons long banned internationally against civilians, killing more than a thousand people including about 200 children.

In all, the al-Assad regime has committed atrocious crimes against humanity and slaughtered approximately 100,000 Syrian civilians. The heart of Syria’s civil war can be traced back to ancient history, but the most definitive strands are in the fight pitting Muslim Sunnis against Shi’ites as they fight to topple an unjust regime based on socioeconomic and political imbalance.