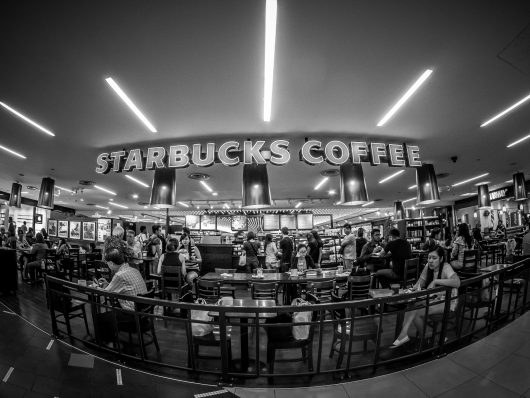 Shortly after President Trump issued his executive order regarding refugees, throngs of concerned citizens expressed their disapproval. Several businesses have also joined in on a commitment to aid refugees; Starbucks is among them. Starbucks plans to support refugees by hiring 10,000 individuals in 75 countries over the next five years. Hiring will initially include refugees in the United States that have helped the military in auxiliary roles.

This commitment to hiring refugees shows that Starbucks is dedicated to its mission: “Acting with courage, challenging the status quo and finding new ways to grow our company and each other.” Starbucks’ plans to support refugees certainly did require courage as some groups called for a boycott, claiming the company was prioritizing foreign refugees over American veterans. Such allegations were clearly unfounded, as Starbucks has an Armed Forces Network committed to helping military members and their families.

Other American businesses have decided to donate large sums to charities and NGOs. Lyft committed to raising one million dollars for the American Civil Liberties Union over the next four years, while Google set up a crisis fund with the potential to raise four million dollars for various immigrant rights groups. Meanwhile, Starbucks seems to understand that meaningful employment is essential for refugees to rebuild their lives. Workforce engagement provides a sense of dignity that is lacking in simple handouts.

Given Starbucks’ strong workforce development program, the announcement is encouraging news for refugees. Starbucks is well-regarded for its college achievement plan. Eligible employees can receive full tuition coverage towards a bachelor’s degree. The need for better access to education is tremendous for refugees, as more than half of all refugees are under the age of 18. Only 25% enroll in secondary school and just one percent make it to a post-secondary institution. Just as workforce engagement helps adults gain a sense of dignity, educational engagement can foster a sense of hope in children.

Though Starbucks’ plans to support refugees is not driven by ulterior motives, it will likely prove to be a wise business decision. As survivors of unbelievable adversity, refugees often possess exceptional drive and determination. They are eager workers, hoping to rebuild their lives, and could use more help from companies like Starbucks.

Hunger in Madagascar Three Myths About Refugees
Scroll to top