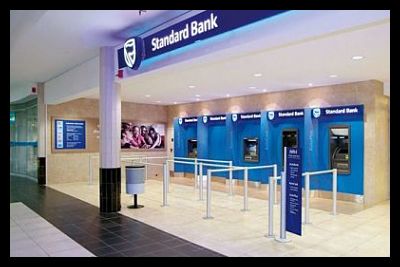 The Standard Bank Group is among the longest-standing banking institutions in South Africa. Today, the company is the largest African bank by assets and earnings.

Beginning in the Eastern Cape of South Africa in 1862, Standard Bank emerged as the foremost financial institution in South Africa. Currently, the Standard Bank Group operates in 20 African countries, including emerging markets.

Emerging markets are one of Standard Bank’s specialties. They work with small groups to provide lending services when other banks would not. One of their goals is to provide sustainable development initiatives in order to manage their environmental impact.

Standard Bank’s sustainable development initiatives highlight its advancements. These include reducing their purchasing energy consumption by four percent, reducing the amount of paper they used by 200 tons and implementing IFC’s Lagos Environmental Performance and Market Development Programme for the sub-Saharan Africa region.

They have strategic partnerships with several key African companies and multinational corporations. These groups include the Green Building Council of South Africa and the International Emissions Trading Association.

The Standard Bank Group prides itself on boosting economic activity in South Africa. One effective way they achieve this is through financing the building of public infrastructure projects, which contribute to job growth in the unskilled and semi-skilled labor markets.

Another way Standard Bank contributes to the alleviation of poverty is through micro-lending ventures in which individuals are given small loans that are repaid over time. The bank facilitates growth for people needing money to help start businesses or send their children to school.

On Feb. 2, 2015 the Standard Bank Group decreased significantly in size and reach when it sold its majority stakes to the Industrial and Commercial Bank of China. The ICBC acquired 60 percent of the Standard Bank’s London Bank for approximately $765 million.

Currently, the Standard Bank Group is receding from the global market. It has sold major shares in international emerging markets such as in Russia, China and the UK in order to focus more of their energy and resources on investing across the African continent.