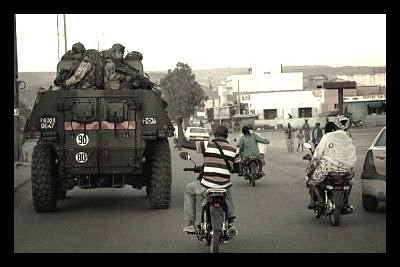 Mali is a West African country that lies within the Sahara Desert, bordered by Guinea, Senegal, Mauritania and Niger. Conquered by France in 1904, Mali became a member of the French Union. However, in 1960, Mali became an independent nation, adopting the new title of the Sudanese Republic, later changing its name to the Republic of Mali.

While the 1960s marked Mali’s transition to an independent self-effaced nation, this decade also marked the onslaught of political instability that would later run rampant throughout the country. During this time, Mali receded from its international ties with China; this outraged opponents and ultimately lead to border wars and military disputes.

However, in the early 1990s, Mali peacefully transitioned from a country under military rule to a democratic nation. However, unrest and hostilities in Mali has remained prevalent, affecting the nation’s social structure and economic stability. For example, in 2012, Mali was hit by a military coup d’état, reawakened hostilities between Tuareg rebels and the government and the capture of the northern territory by Islamists. In order to address these issues, significant steps have been taken to help reinstate a stable democratic order in Mali. One key area of concern is safety.

According to an issue released by the Bert Koenders of the United Nations, “The new authorities are confronted with numerous challenges that need to be addressed urgently to enable Malian men, women and children to live in security and to benefit from peace dividends.” In order to reestablish stability, the United Nations is working to reestablish constitutional order through presidential elections. By establishing national authority and security, Mali is in a greater position to combat the terrorist attacks that it routinely encounters.

Koenders states that while Mali has made great strides since the 1960s, the establishment of humanitarian efforts in the nation remain unseen. In order for full stability to be achieved, reconciliation, further peace negotiations and a reestablishment of national authority must occur. Therefore, there is much work to be done in order to stabilize the nation.