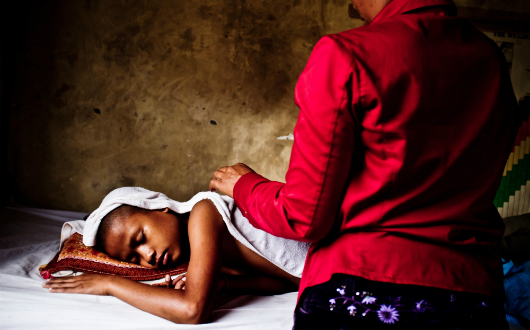 Researchers have determined that the continued prevalence of the Ebola epidemic within the West African nation of Guinea has substantially reduced the efficacy of programs designed to fight malaria, leading to a spike in malaria cases.

A report recently released by Guinea and published in the Lancet Infectious Disease Journal claims that an estimated 74,000 cases of malaria went untreated in 2014 due to the closure of many medical facilities and the continual fear of citizens to access areas potentially infected with Ebola.

While the death toll from the Ebola outbreak within Guinea currently stands at 2,444, health officials have now offered long-term predictions that a decrease in malaria treatment during this time period will provide a higher record of malaria fatalities than Ebola.

Dr. Mateusz Plucinski, who participated in authoring the Lancet report, assembled a team of researchers and disease control experts to travel to Guinea in order to determine how the Ebola epidemic had affected efforts to combat malaria. After sampling 60 health facilities within high-frequency Ebola districts and 60 facilities within districts unaffected by Ebola, the team was able to observe startling figures.

Within the areas most strongly affected by the Ebola outbreak, outpatient attendance in health facilities for malaria treatment decreased by nearly 50%. In the 60 surveyed districts with high frequencies of Ebola, the number of treated Malaria cases decreased by over 65%.

Dr. Franco Pagoni of the WHO Global Malaria Program explained in a recent interview that a significant rise in untreated malaria cases has placed additional stresses on a national healthcare system already spread thin by the Ebola crisis. Dr. Pagoni argues that the most effective solution to an increase in recorded malaria cases is to incorporate malaria prevention, detection and treatment methods with medical practices currently being used to treat the Ebola outbreak.

Guinea has had some reason to celebrate in recent months, as their control over the Ebola crisis has grown tighter due to an increase of international aid efforts and stronger government health programs. While cases per week in Guinea were recorded in the hundreds at the start of the year, recent data from WHO found only 10 weekly cases.

As reported cases of Ebola within West Africa continue to decrease, heath officials must again turn their attention to programs designed to control malaria, a disease which is responsible for claiming over half a million lives each year.