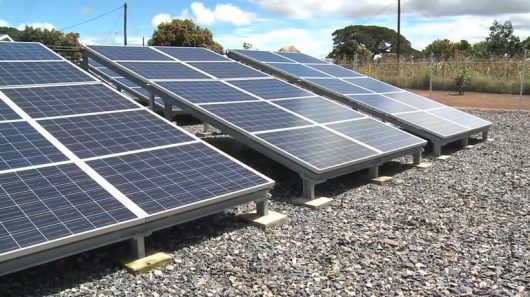 With almost $4 million in funding from the Swedish Embassy and USAID, MTN and Fenix are aiming to provide solar power in Zambia for more than a million people over the next three years.

Only a quarter of Zambia’s total population lives in urban districts equipped with electricity grids. The rest of the country relies primarily on primitive sources like kerosene lamps, candles and wood fires. The government has set an ambitious target of providing universal access by 2030, bringing solar power to 15 million more people. However, many of the current electricity centers are in dire need of reconstruction.

In July, a rogue baboon near tourist town Victoria Falls caused a massive blackout that left 50,000 Zambians in the dark — allegedly by tampering with high-voltage machines. It was the country’s second animal-inflicted blackout in two years.

The country’s economy has foundered under the weight of high population growth and HIV prevalence: 14 percent of the population has the disease and 60 percent live below the poverty line. Gaining access to electricity is a crucial step for Zambians to reignite their economy.

To ensure that cost does not obstruct solar access, Fenix designed ReadyPay Power, a pay-as-you-go system that has proven effective in Uganda, powering 120,000 people in the last year. Using MTN’s mobile-transaction app, customers can make micro-payments as low as $0.20 a day until they have spent enough to keep the battery system.

“The transformative relationship between MTN Mobile Money and off-grid energy has been an exceptional revelation,” Wane Ngambi, the head of mobile financial services at MTN, told African Review. “MTN Mobile Money now sits at the heart of many households, who use these simple and secure services daily to light up their lives. For us, this is all part of the mission to create mobile solutions which make a difference.”