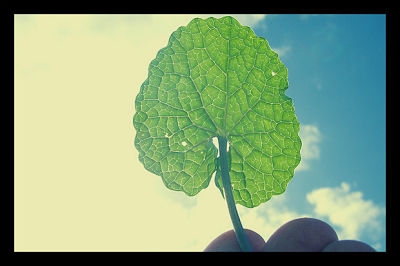 Harvard University Professor Daniel Nocera has finally perfected the solar panel leaf that he began trying to construct several years ago at MIT. This new technology harvests solar energy in a unique way and has become a more practical way for people living in harsh conditions to gain access to electricity.

Nocera’s invention addresses the main problems with solar panels which are their high price, complexity and inability to produce power at any time. This leaves normal solar panels impractical for the developing world in many ways.

Nocera’s invention differs from a normal solar panel in that it breaks down solar energy similarly to how a plant photosynthesizes. In fact, the solar panel is touted to be ten times more efficient than the average leaf. Nocera’s artificial leaf breaks down solar energy into hydrogen and oxygen. The hydrogen is then held in a fuel cell and can be used on demand. Due to film build up, the initial design called for purified water to be used, which is rare in developing countries and rendered the invention impractical for impoverished communities.

However, Norcera recently developed a fix for this seemingly impossible problem. The innovators created a mechanism in the leaf in which a catalyst driving the chemical reaction breaks down. This provides a surface that is inhospitable for the film to develop.

With this new development, Nocera predicts that his invention will be widely used in developing nations as a cheap and sustainable way to create useable electricity.