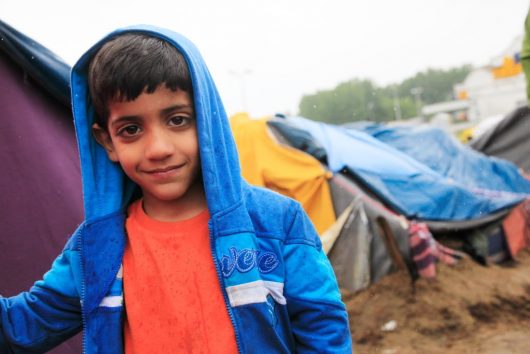 Though the European refugee crisis has largely faded from the international media’s spotlight, thousands of asylum-seekers continue to enter Europe by any means possible with the hopes of starting a new life. In the face of this ongoing humanitarian crisis, the Hungarian grassroots organization Migration Aid has harnessed the power of social media as a means of delivering aid and guidance to thousands of refugees.

Migration Aid was founded in June 2015, at the height of the European refugee crisis, by a handful of concerned citizens in Budapest that desired to help people in Hungary. The organization originated as a closed group on Facebook, which was utilized as a virtual planning board for orchestrating aid delivery, which included food and supplies distribution. The organization also consisted of various specialty groups with coordinators assigned to handle legal matters, storage, logistics and any other issues. Migration Aid set up centers in the railway stations of Budapest and the surrounding area and quickly grew to over 600 volunteers.

Two years have elapsed since the group’s inception, during which time Migration Aid has helped feed, clothe and provide direction to thousands of refugees, but the situation faced by asylum-seekers in Hungary remains extremely tenuous. Hungary’s geographic location has forced the country into a major role in the crisis, as it is a popular by-way for migrants hoping to settle further afield from the Middle East in Northern and Western Europe. Between January and August of 2017, 2,491 asylum applications were registered in Hungary alone.

The European Union has endeavored to establish a comprehensive and effective means of responding to what has become the largest global displacement crisis since World War II. In September 2015, the European Commission announced a minimum quota of refugees that each EU member country would be expected to host, with the intention of fairly distributing the burden of providing for the record numbers of migrants streaming into the continent. It was also in September 2015 that Hungary closed its borders to refugees, and began strictly limiting their movement throughout the country.

Furthermore, Hungarian officials have resisted compliance with the quotas and policies made obligatory for all members of the EU. In March 2017, the Hungarian government implemented a law requiring that all refugees whose asylum applications were pending be housed in detention centers. When it was discovered that the housing units available at these detention centers were comprised of shipping containers and that refugees were being forced to pay for their stay, the United Nations refugee agency urged the E.U. to stop sending asylum seekers to Hungary, declaring this mandatory detention a violation of international law that guarantees people access to asylum.

Additionally, Viktor Mihály Orbán, a Hungarian politician, petitioned the European Commission President to exempt Hungary from the migrant relocation quotas, a request which was denied and earned the Hungarian government a lawsuit for failure to comply.

In the face of the conditions now being imposed on refugees, Migration Aid has developed new strategies to help people in Hungary. Recognizing the need for information dissemination pertaining to the new laws and regulations, the organization developed a new application named InfoAid, which seeks to provide information to asylum-seekers in their native language. According to Migration Aid’s website, the InfoAid app seeks to provide the following types of information:

The InfoAid app supplies information in English, Arabic, Urdu and Farsi. Migration Aid is currently seeking the help of volunteer translators so that they can keep up with the need for translated information, as well as expand their offerings to include Greek and Pashto.

Thanks to internet technology, anyone around the world with relevant language skills wondering how to help people in Hungary can act as an invaluable source of aid by donating their time and skills. More information about volunteering can be found on Migration Aid’s official website, or on the Facebook page.

For individuals desirous of contributing but who lack the language skills required to volunteer, Migration Aid also accepts monetary donations, which are fundamental to the organization’s ability to help people in Hungary. Now more than ever, the innovative and progressive efforts that this organization continues to make on behalf of refugees in Hungary is a tremendous source of hope and comfort to many.

Poultry for Poor: Chickens as a Solution to Poverty Be the Change: Social Good Summit 2017
Scroll to top