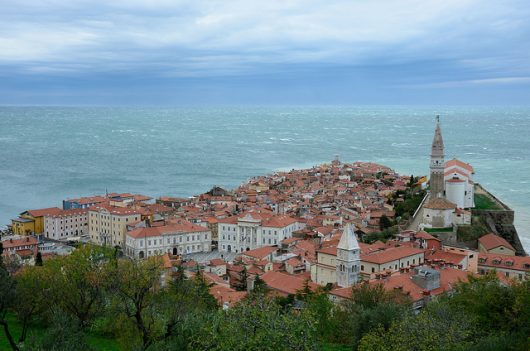 In the wake of the 2008 financial crisis, one country that seemed to get overlooked was Slovenia. A Balkan country located in the heart of Central Europe, Slovenia wasn’t regularly mentioned in any newspapers or government hearings, but it, too, has had long-lasting economic issues.

The Slovenia poverty rate skyrocketed in four years, from 11.3 percent in 2008 to 14.5 percent in 2012, according to the World Bank. This number has since hovered around that peak, with the most recent data out of the C.I.A. World Factbook stating that, as of 2015, Slovenia’s poverty rate has remained at 14.3 percent.

Furthermore, Slovenia’s unemployment rate also saw a massive multi-year increase, from 4.38 percent in 2008 to 10.11 percent in 2013, according to the Organisation for Economic Co-operation and Development. World Bank data also shows that Slovenia’s GDP saw steady decreases while their population grew slightly over the same period.

The economic situation in Slovenia, though, has begun to change for the better. While Slovenia’s poverty rate, unemployment rate and the like have worsened since 2008, their trajectories are now turning around, forecasting a positive future for the small European nation.

By focusing on its economy, Slovenia has used export development as a catalyst to improve other societal factors. The Slovenia poverty rate, while currently at 14.3 percent, hasn’t worsened, their unemployment rate has dropped to 8.01 percent of the labor force and their projected GDP growth rate is a respectable 3.1 percent.

What this means is that, while Slovenia has undoubtedly suffered economic hardships over the last decade, there is hope for the future. With Slovenia’s poverty rate stabilizing and with other economic factors seeing marked improvements, Slovenia is on track to make a strong recovery. The next few years could be bright for the country and its people.