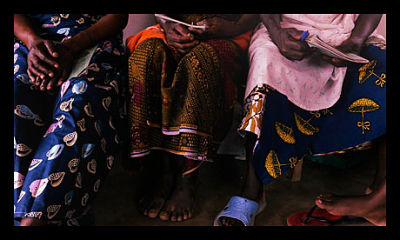 Rutgers University’s Center for Women’s Global Leadership (CWGL) is conducting a 16 Days of Activism against Gender Based Violence Campaign. The campaign runs from November 25 (International Day for the Elimination of Violence Against Women) to December 10 (Human Rights Day). They chose these specific days to emphasize the fact that violence against women is a human rights violation. The fact that violence against women is a pervasive problem regardless of nation, culture and the economic status of the country shows that such a persistent occurrence has to be dealt with as quickly and effectively as possible.

Violence against women is intrinsically linked with poverty. In poorer households, women and men both work to bring home income. If a woman is being abused by a partner, often she is left unable to work to her fullest potential. Additionally, whether they are witnesses or victims of the abuse themselves, children in these homes are affected on physical, emotional, and psychological levels, far into their futures.

Poorer families in developing nations turn to options that often result in violence for their daughters. Young girls and women are sold as servants, forced into prostitution, married young or forced to work in terrible conditions.  Marriages can result in dowry deaths, honor killings or sexual abuse.

The cycle of poverty is such that it is impossible for these women to leave: they work to take care of their families, and often violence is a small price to pay for a family going to sleep with full stomachs. It is for specifically this conundrum that the Rutgers CWGL is seeking to raise awareness. Human rights and global poverty are very deeply connected: where they are both recognized as problems and where there is an attempt to eradicate both of these issues, there lies a bright future.