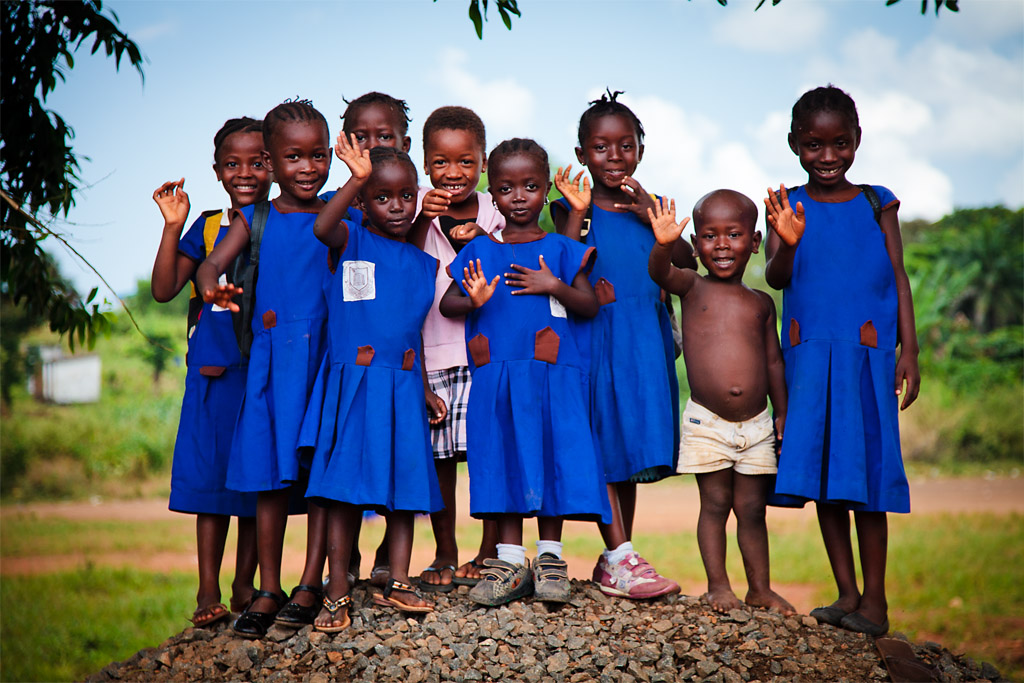 For some students in Sierra Leone’s capital of Freetown, the nine months of not attending school were agonizing. These last months were filled with uncertainty about their communities as well as their own futures. Fortunately, with a sharp decline in reported cases of Ebola, Sierra Leone’s government has decided to reopen the nation’s schools, giving Sierra Leone’s 1.8 million children a safe environment where they can learn.

Ebola has claimed the lives of over 3,400 people in Sierra Leone and more than 10,500 throughout regions of West Africa. The effects on families have been devastating; at least 8,600 children have lost one or both parents to the virus.

UNICEF official reports said, “The Ebola epidemic has hit schoolchildren and teachers heavily. Preliminary results of a school needs assessment survey by the Government suggest that 181 teachers and 945 students died of Ebola virus disease, while 597 teachers and 609 students contracted the disease but survived.”

With major districts not having reported a new case in over 21 days and only 9 confirmed cases as of April 12, school-aged children are returning to classrooms in Sierra Leone amidst these positive indicators. Many schools opened their doors on April 13 and though the number of returning pupils is small, school officials expect numbers to grow as parents’ fears of infection subside and more people become aware of the precautions that are being taken.

With the help of UNICEF, Sierra Leone’s government has put into place the necessary precautions for avoiding the deadly Ebola virus. The first few days of school were spent learning about Ebola and other basic hygiene practices. Teachers and students are also being advised to avoid close, bodily contact and each morning as students arrive on campuses, their temperate is taken with a digital thermometer.

Not attending school has had a variety of impacts on school-age children in Sierra Leone. Many students who returned to classes last week have forgotten a lot of material previously learned and teachers have spent a lot of time reviewing. Other students did not attend schools at all due to their responsibilities at home or working to support their families. However, UNICEF and Sierra Leone’s government has worked together to reduce these effects by providing radios and 41 radio stations that broadcast daily educational programs.

Not only are Sierra Leone schools pushing for the return of its students before the outbreak, but also for the enrollment of some 233,000 primary-school-age children who have never attended school. With the hope of boosting enrollment, Sierra Leone’s government has announced that it will pay school fees for the next two years.

Children throughout Sierra Leone are excited for the former glories of school to return, like playing games with one another and greeting their friends, but they are thankful that they are finally able to learn and dream about their futures again.

How Many People Live in Poverty? Malnutrition in Djibouti
Scroll to top