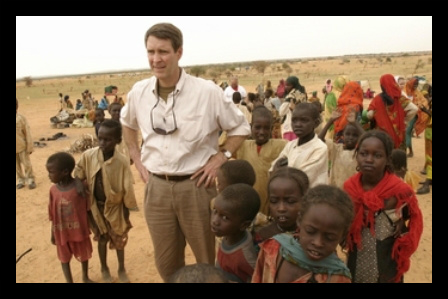 Bill Frist, a former Republican senator and majority leader from Tennessee, recently called on America and Congress to “continue our legacy of saving lives.” Less than 1 percent of the US federal budget goes to improving global health, an investment that results in changing the lives of hundreds of thousands every year. “It’s hard to imagine a better return on investment,” said Frist.

In a lengthy article, he recaps the history and precedent that has made America a global leader in developing, supporting and administering life-saving medicines and healthcare practices. Under President George W. Bush, congress made a founding pledge of $300 million to the international initiative – Global Fund to fight AIDS, Tuberculosis and Malaria. Bush, with bipartisan support from Congress, also established the President’s Emergency Plan for AIDS Relief (PEPFAR), the largest program ever to combat a single disease. President Barack Obama has likewise embraced this program and America’s role in eradicating AIDS/HIV.

2013 is the 10th anniversary of PEPFAR, and since its founding the number of people on life-saving treatment has increased more than twenty-fold. HIV infection rates are down, the number of malaria cases is down by more than 50%, and tuberculosis mortality rates are consistently falling. Working in more than 150 countries, the Global Fund is saving an estimated hundred thousand lives each month.

Frist goes on to say what a critical time we are in right now. He emphasizes the importance of continuing on the path of involvement and aid in order to make sure our gains are not lost. The momentum must not be jeopardized or diseases may spread in new ways, mutate and reclaim the lives of people whom medicines have previously made healthy. Frist stated that investment in global health is “good for national security, economically prudent and – most importantly, is the right thing to do.”

School In The Cloud Or In The Books?Mobile Money Africa Set To Return In 2013
Scroll to top