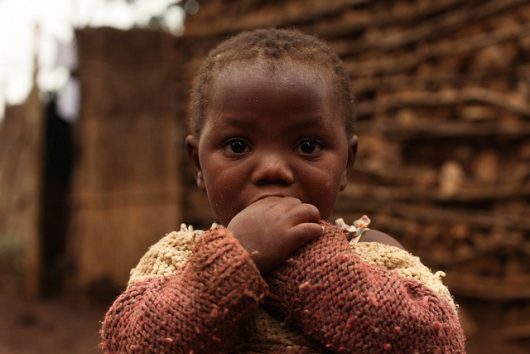 Across the globe, and particularly in Europe, there has been a rise in nationalism and radical right-wing political parties have gained momentum and government positions. For many, this is concerning as their rhetoric tends to me anti-Semitic, xenophobic and anti-immigrant.

Those dependent on foreign aid may also fear that aid will decrease as these parties gain power; however, the good news is that the security of foreign aid has yet to be affected by this radically rightward shift.

The success of the Alternative for Germany, or AfD, party upset the predictions of many political pundits. In the September German elections, the radical right-wing party easily did better than any other party in the election, advancing from zero to 94 seats in the Bundestag.

According to Dr. Erica Edwards, a political science professor at Miami University of Ohio who specializes in nationalism and European political parties, this was not the expected outcome — due to their history with the Nazi party, the German political system has buffers in place to prevent such a party from gaining power; yet, the AfD still prospered.

Germany has been an incredibly significant contributor to foreign aid within the Organization for Economic Cooperation and Development and is the third largest contributor within the Development Assistance Committee providing $17.8 billion in 2015. A drop in aid from the country would have significant impacts, but if Germany follows suit with other increasingly nationalized countries, the security of foreign aid will remain intact.

The Organization for Economic Cooperation and Development, or OECD, has members all over the world, including the major European powers, and works “to promote policies that will improve the economic and social well-being of people around the world.” The organization measures net ODA, Official Development Assistance, for each of its members along with other measures of foreign aid output.

Hungary, a member of the OECD along with Germany, has faced a resurgence of radical right-wing sentiment in recent years. Viktor Orbán has been Prime Minister since 2010 and has made some radical and nationalist remarks exacerbated by the growing popularity of Jobbik, the second most popular and most radical right-wing party in the country.

Despite being ahead of Germany in radical right popularity, Hungary experienced a 13 percent increase in net ODA in 2014 and allocated up to $152 million in development aid in 2015.

Hungary has not been the most substantial contributor to the Development Assistance Committee, particularly in comparison to Germany, but the nation still continues to increase its foreign aid and has secured it up to 2020, despite popular nationalist rhetoric. Poland, another increasingly nationalist country and member of the OEDC, has also kept their foreign aid output fairly steady.

Although the rhetoric of these radical right parties can be problematic and oppressive to many, it does not appear to affect the security of foreign aid. However, Dr. Edwards believe it is important to keep an eye on these parties and the countries they govern as the situation is still unpredictable.

If citizens remain engaged and vigilant, then they have the power to maintain the security of foreign aid for those who depend on it.

How the U.S. Benefits from Foreign Aid to Guatemala Feed Production and the Impact on Poverty and Conservation in Kenya
Scroll to top