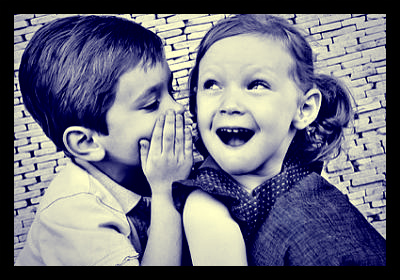 The Trans-Pacific Partnership (TPP) is a free trade agreement originally drafted in 2005 between Brunei, Chile, New Zealand and Singapore. It has since included vested interest from the United States, Australia, Canada, Japan, Malaysia, Mexico, Peru and Vietnam.

Much like previous trade agreements, the TPP’s main goal is to promote trade and investment among partner countries and eliminate tariffs on goods and services.

Although trade negotiations are typically conducted in private in order to protect the positions of the involved states, the TPP is disconcerting as it is significantly more comprehensive and encompasses many facets of society. Naturally, this has many concerned over its contents.

There have been a number of critiques that the multi-national trade agreement would exacerbate economic inequality on a global scale. Much like NAFTA and other “free” trade agreements, it has been argued that the TPP would place corporations ahead of the people, destroying job opportunities at home and increasing poverty for workers abroad. Further, the agreement will increase competition for low-skill, low-pay jobs that cannot be shipped off shore; the workers at home will be even more hard-pressed to find jobs, making them worse off than ever before.

U.S. foreign policy critic and professor at MIT, Noam Chomsky argues that the TPP is an “assault” on working people and intended to further corporate “domination.” “It’s designed to carry forward the neoliberal project to maximize profit and domination, and to set the working people in the world in competition with one-another so as to lower wages to increase insecurity,” Chomsky has said in an interview with HuffPost Live.

The TPP is likely to follow in the footsteps of NAFTA where U.S. corporations will contribute to the trade deficit by manufacturing in developing countries abroad, rather than reviving the economy at home. Negotiations for the TPP, also known as “NAFTA on steroids,” have been largely kept secret from the public and members of Congress. This has forced the public to rely on confidential documents released by WikiLeaks and Huffington Post. Despite these leaks, the public is largely kept in the dark.

Corporate interests are pushing for agreements – or, regulations – in order to standardize otherwise “inconsistent regulations.” Most of the current regulations “may not be perfect, but they are serving their purpose regardless: to protect workers, consumers, the economy and the environment,” says economist Joseph Stiglitz. The TPP would reform these already-placed regulations potentially producing dire consequences for the majority of impacted people in the United States and abroad. The proposed clauses could decrease regulations so that the corporate sector will further profit from lowering “non-tariff barriers.”

In 2012, the Obama administration has called for the renewal of the “fast track” authority so that negotiations for the TPP can be expedited and approved with minimal debate and no amendments. This secretive agreement has the potential to pull the working class in America and those in developing countries deeper into poverty.