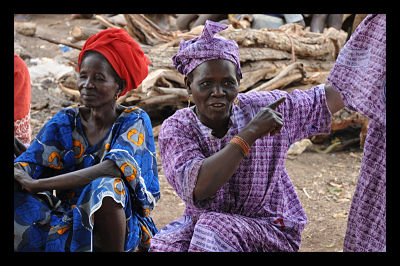 For many poor families, a safe place to save, or simply access to a small loan could be a ticket out of poverty. However, this basic service is not available for a large portion of families, particularly those living in rural areas. Even where loans are available, the poor often do not qualify for them. Saving for Change (SfC),launched by Oxfam America, provides these critical services to nearly 680,000 members, most of whom are women.

Traditional community finance or “microfinance” institutions give those who do not have access to credit the opportunity to borrow a small amount of money. Once this loan is paid back, the borrowers are able to increase the loan amount, allowing them to build small businesses or homes. Oxfam, however, takes a slightly different approach to this microfinance model, forming large numbers of savings and credit groups in the poorest parts of the world.

Members of these groups have the ability to share their savings and make loans with each other using their own resources rather than taking out a loan from a credit union, bank, or microfinance institution. Villagers come together to make groups of about 20 people that function like a community bank, to save money, make loans, and even pay each other interest, which adds to the group fund.

Typically, members are trained to save regularly by meeting each week to put a few cents into the savings box, and to borrow from the group’s fund as needed in the form of loans that are later paid back with interest. At the end of the cycle, usually about one year, the fund is divided among members who receive a portion of the profit in addition to their own savings. The return on the savings is 30 to 40 percent or more.

The end of the savings cycle is also scheduled strategically, usually before the start of the hungry season when members are most vulnerable. The money distributed is used primarily by women for livestock, food, and business, with 41 percent of the share-outs going towards income-generating purposes.

An extensive study entitled “Saving for Change: Financial Inclusion and Resilience for the World’s Poorest People”, conducted by Oxfam America and Freedom from Hunger in May, found promising results on the impact of community-based savings groups. The study was done in Mali over a three-year period, where villages were randomly selected to either receive the savings program or not. The study found that among those who join Saving for Change:

The study also reported that women in Saving for Change villages felt the following advantages:

Double Fortified Salt – What is it?USAID Awards AECOM With Funds for Water Program
Scroll to top