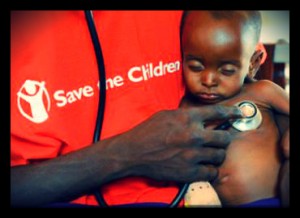 Save the Children has proposed its goals for a post-2015 development agenda. Ending Poverty in Our Generation lists ten major goals, aiming to end extreme poverty globally by 2030. Building on the UN Millennium Development Goals (MDGs), whose progress on its 8 development goals have not been consistent, Save the Children hopes to play a part in realizing the eventual global impacts by delineating their priorities.

Save the Children’s Chairman Harpal Singh praises the MDGs for raising 600 million people out of poverty and providing 56 million children access to schools and education. This significant improvement in the past couple of decades shows that the end of extreme poverty is attainable. To work towards that end, Save the Children acknowledges the faults in the MDGs’ framework, which should be addressed dynamically, while also proposing new targets for creating a sustainable future.

The report proposes that the political process at the level of the UN needs to be cohesive, that inequality has to be tackled at its roots for the progress of every group of people to advance, and that a mechanism should be created to hold governments accountable in global cooperation for development.

The 10 goals proposed by Save the Children, aiming for progress by 2030, are as follows:

This proposal puts forward a set of universally common goals that draw on the strength and successes of the MDGs to ultimately create a brighter and more sustainable future.