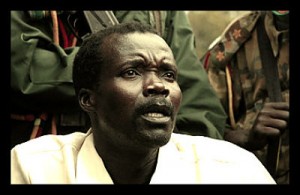 If your name is Joseph Kony, the next time you go outside you might try waving at the sky. Someone might be looking at you via satellite imagery.

The LRA first emerged in the late 1980s under the leadership of Joseph Kony. Its use of guerrilla tactics has terrorized people in northern Uganda, the Democratic Republic of Congo, the Central African Republic, and South Sudan. The country of Sudan has supported the LRA in the past, though this support officially ended in 2005.

The report was commissioned by Amnesty International USA and co-produced by the Enough Project and Invisible Children. The report carries a number of implications for both foreign policy and the use of remote sensing to further humanitarian goals.

Primarily, Kony’s presence in Sudan implies continued Sudanese governmental support for the LRA. “We will be turning our attention toward galvanizing international action to ensure Sudan’s support to the LRA is now definitively ended,” Michael Poffenberger of The Resolve writes. What of finding Joseph Kony? Amnesty International’s Christoph Koettl urges US citizens to contact President Obama in support of reaffirming the US signature to the International Criminal Court: “It is crucial the US reaffirms its commitment to the rule of law and a strong global system for accountability.”

Furthermore, as remote sensing technology advances by leaps and bounds, so does the opportunity to use these technologies in non-traditional ways. Progress has been made even in the years since Francesco Pisano wrote on using satellite imagery for disaster relief in 2005 for the Humanitarian Exchange Magazine: “We should not underestimate the value of geographic information systems and satellite imagery in helping to fill the gap between relief and development…. These efforts need support from across the humanitarian community.”

The support is widely increasing. The Satellite Sentinel Project is one such initiative, a nonprofit that reports on the conflict in Sudan and South Sudan by tracking satellite imagery. While some criticism exists against the use of satellite technology to track atrocities, the increasing amount of information about regions in crisis can only improve awareness and advocacy. For those still affected by the violence of the LRA, Resolve is committed to tracking down Joseph Kony and contributing to the restoration of peace to these wartorn regions.