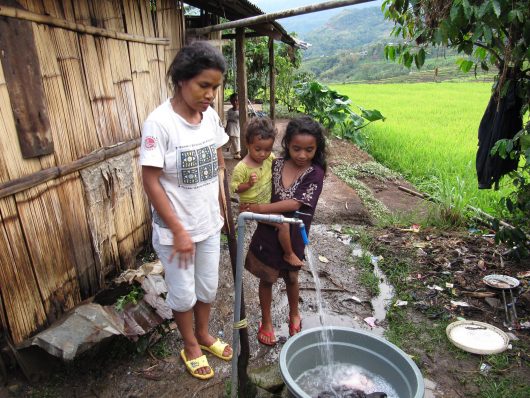 India is the most populated country in the world, and roughly half of the population, 522 million people, engage in open defecation. According to the World Bank, 21 percent of communicable diseases can be attributed to poor sanitation systems.

Deep-rooted social and religious norms discourage the underclass from using public toilets. This has proven to be a significant obstacle, since the installation of public sanitation does not guarantee that open defecation will stop.

Sohni Devi, a mother of two children in India, had a latrine built for free in her yard at the will of her village leader. She chooses not to use the cheap latrine because she believes that the only sanitary options are an expensive latrine or defecating in the open.

Cleaning out the latrine by hand once it fills up, a necessary task, is seen as the most degrading job an underclass person could do, both from stigma and physical disgust. This further discourages the use of latrines.

The MANTRA program run by Gram Vikas aims to address the root problem of India’s sanitation problems. The program builds the capacity of communities to create sanitation solutions for themselves. Community members work together to install identical toilets and bathing rooms in every household, making toilets socially acceptable for all classes. The MANTRA program also provides financial training, construction skill building and hygiene education workshops.

The social hierarchy in India excludes the poorest from sanitation systems. The MANTRA program requires all households in the village to agree to work together before starting the project. The higher classes must work alongside the lower ones to bring clean water to their village. Along with improving sanitation systems, the MANTRA program has shown success in tackling deep-rooted inequality.

This “entry point” program gains access to every household in a village by providing a common benefit. From this leverage point, MANTRA is able to address deeper issues. The program indirectly empowers poor, traditionally excluded individuals by giving them a voice in their community. Especially in rural areas, caste distinctions determine every aspect of a person’s life.

This method of undermining the traditional power structure has had great impact on social equality. After the MANTRA programs, the underclass had better access to economic opportunities, lived in a fairer power distribution and enjoyed improved status.

MANTRA is a combination of a social engineering program, which provides a desired resource, and a participatory program, one that engages community members to solve their own problems. This method has proven to be potent in delivering a social good as well as dismantling stubborn inequality.