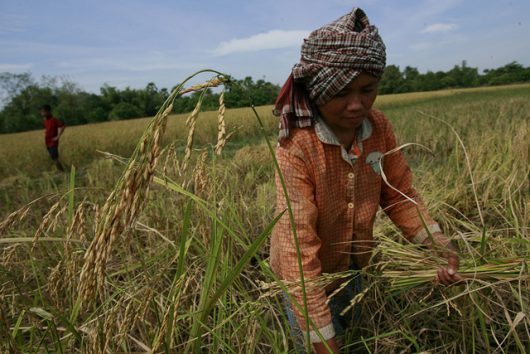 Compared to the previous 80 years, the rate at which the Global Mean Sea Level is rising has doubled in the last two decades. While the immediate consequences of a 0.13-inch increase each year may not be appreciable, the cumulative effects are tangible. At this rate, sea levels could rise by as much as three feet by 2100. The developing world will especially bear the burden of receding shorelines. Only half of the top 20 most at-risk countries are industrialized. This number is based on the percentage of the population affected.

In addition to erosion and increased flooding, agricultural soil contamination is one of the major consequences of rising sea levels. In developing nations, farming remains the main occupation. The populations in these regions are expanding faster than in wealthier countries. If the problem continues, tens of thousands of people will lose their homes and livelihoods.

To combat increasing salinization, researchers have been working on saltwater crops. Though salt-tolerant crops have been studied for years, their necessity has not been properly appreciated until now. The U.N. estimates salinization reduces irrigated land by one to two percent each year. The development of saltwater crops could help to combat that problem; saltwater agriculture could increase the amount of cultivable land by 50 percent.

Though food production is the most obvious application, saltwater crops also have important potential to serve as a fuel source. A team at the University of Arizona estimates saltwater crops could generate 1.5 billion barrels of ethanol per year. That is enough to meet a third of U.S. needs.