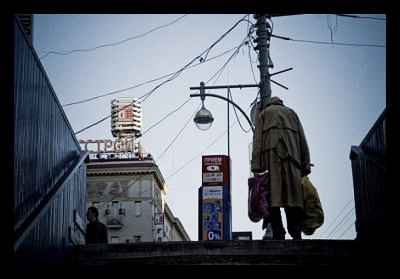 The Russia currency, the ruble, has recently suffered from devaluation. But it isn’t the rich who are going to be affected, for they deal in dollars. Rather, it is Russia’s poorest who are most likely to be negatively impacted by this devaluation. In Russia, the standard of living does not depend on your net worth. Instead, the average person’s worth is determined by their salary, stability of jobs, and prices – things which are outside of their control. Most importantly, a weakened ruble will affect all of these things.

How does the value of the ruble have such a large impact on the economy? Well, if the ruble continues to fall, this will make Russian exports worth more in rubles. This makes Russian exports more expensive at home, but cheaper abroad. Russian exporters may experience a windfall, but since most of Russian exports are state-owned, the wealth is unlikely to disperse amongst the people who need it most.

In 1998, Russia experienced similar economic crisis. What was known as ‘Black Monday’ occurred a little over 15 years ago on August 17. On ‘Black Monday,’ the Russian currency depreciated rapidly as the Russian government announced they could no longer meet its debt obligations and that it would end substantial currency interventions. Just three years ago, Russia was impacted heavily by the global recession. Although the Russian economy has largely rebounded from the recession, its manufacturing and services sectors never fully recovered.

According to HSBC’s Chief Economist for Russia, Alexander Morozov, “In essence, it appears that the Russian economy has lost its growth engines, with neither manufacturing nor services being able to sustain economic growth alone anymore.” Russia’s recent slump in manufacturing and services has been attributed to a lower global demand for commodities and a lack of fixed investments by Russian corporations.

Russia’s economic ministry expects economic growth of 2013 to be around 1.8%, much less than the IMF’s forecast of 2.5%. In response, the Russian government has suggested stimulus measures, such as multi-billion dollar infrastructure projects. Russia’s main export and precious resource is oil, a resource which is much stronger than it was in 1998.

In 1998, at the peak of the crisis, the oil price was $7.80/barrel, but today it trades for around $110/barrel. If world oil prices increase by the end of the year, this would benefit the Russian economy and prevent the ruble from falling any further. However, if the international market price falls, this could be detrimental to the entire Russian economy.

Russian economists, especially those who experienced ‘Black Monday,’ are certain that this economic crisis is unlikely to be as bad as that of 1998. Natalya Orlova, the chief economist of Alfa Bank, said, “The domestic state of Russia’s economy is incomparable with 1998. The level of state and private debts is much lower, and economic growth, though recently slowing, remains in place.” And yet, a majority of Russians fear that the currency is likely default in the near future.

Unlike the Russian economic crisis of 1998, the Russian Central Bank has engaged in substantial currency interventions to stabilize the ruble. Russia’s Central Bank has spent over $10billion buying up rubles to keep their value from falling any further. Much of the speculation surrounding the devaluation also stems from the expected move by the Central Bank to lower interest rates in September.

Because of this, many people are anticipating further acts to stabilize the economy, which in turn weaken the currency. Russia’s bankers are trying to prevent total economic collapse as the masses have been storming the banks and other exchange centers hoping to exchange their rubles for dollars. In response, the bankers are telling the people to diversify their savings between rubles, dollars, and gold.

The lessons from 1998 should help Russia to avert total economic collapse this time around. If not, the Russian government may need to consider shifting from a strict fiscal policy and capital controls to an economy more freely governed by international economic conditions.