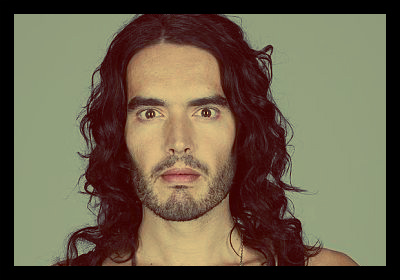 Celebrity iconoclast Russell Brand says humanity must fundamentally change the way it thinks and operates if it is to repair the environment and serve the world’s poor and working class people. Brand weaves his humor and flattery with populist notions of justice, equity and conservation to challenge proponents of the existing socioeconomic system. “The planet is being destroyed,” Brand said in an interview with Jeremy Paxman on BBC. “We are creating an underclass and exploiting poor people all over the world. And the legitimate problems of the people are not being addressed by our political powers.”

Brand enjoys mocking traditional institutions that seem to have drifted into an habitual groove because of collective complicity. Earlier this year, Brand appeared on MSNBC’s Morning Joe. After enduring several minutes of the hosts’ questioning, Brand gracefully hijacked the interview by addressing the superficiality and lack of journalistic integrity that is inherent in so many network news programs. Desirous of more substantive conversation, Brand appeared peeved by the hosts’ talk of kinky boots and chest hair, though he never failed to see the humor in it all. But his point is made (perhaps without the hosts’ knowledge): the stage, the lights, the hosts and the content are all part of a well-crafted illusion.

The public perception of Russell Brand—especially in the United States—seems to be that of a drug-addled goofball who was once married to Katy Perry. But a closer examination of his interviews, writings and award speeches reveal a deep thinking individual who is very serious about changing society, politics, economics and spirituality. It is also clear he intends to bring about this change with grace and civility, two qualities that seem to be lacking among our current batch of  ‘leaders.’

If anything, Brand is publicly discussing the issues that are too threatening for politicians, preachers or pundits: extreme poverty, wealth inequality, environmental destruction and the corporate corruption of politics. He has adopted the voice of a generation that feels unempowered and overwhelmed by a system that keeps them scrambling for a buck while the poor suffer, the rich binge and the earth begs relief. People that are frustrated and disillusioned are going to find comfort in Brand’s message.

In the end, it is a message of love. If it were up to Russell Brand, there would be no profit or poverty and our collaborative energy would be spent serving the underclass and healing our planet. One can imagine the possibilities—and there shouldn’t be anything wrong with that.

Sources: New Statesman, The Guardian, The Independent
Photo: The Sun