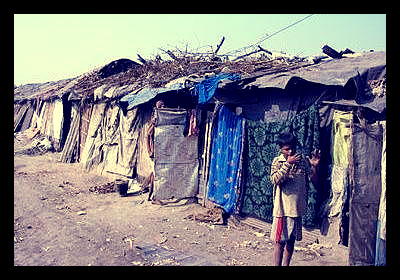 South America is a continent rich with natural resources, beautiful forests, and comfortable climates. However, the continent isn’t living up to its vast potential, with most of the continent’s inhabitants pulling in less than 12,000 USDs per year. Despite popular belief, the majority of South America’s problems reside in the rural areas, as opposed to urban cities and landscapes.

The prevailing belief that because 70 percent of its inhabitants are urban, and that excessive urban slums are visible at all times, South America’s poverty is urban.Yet, poverty actually has a more profound effect on the rural dwellers.

The indigenous farmers of South America are often considered to be the poorest people in the country. This immediately triggers concerns; if the civilians who produce food languish in extreme poverty, what does that say about the overall distribution of food throughout the continent?

Rural poverty in the region is mainly associated with lack of access to and unequal distribution of productive land, and inadequate access to information and productive assets for smallholder farmers. In rural areas, poor people also face the consequences of geographic isolation and limited public investment in education, health services and housing. Market-oriented policies adopted by governments during recent years have led to a decrease in investments in rural areas, contributing to an increase in rural poverty.

Rural women are among the poorest of the poor. They suffer the consequences of internal conflicts, migration of men both within and outside their country, and structural adjustments.

Rural poverty in the South Cone, or southern part of South America, is deepest among indigenous peoples such as the Mapuches in southern Chile and some 15 ethnic groups in Argentina.

South America  has all of the tools of becoming a continent full of greatness. However, the urban and rural populations are struggling, despite a bevy of natural resources. Poor governance, internal conflicts, and extreme migration have been holding South America back for generations.