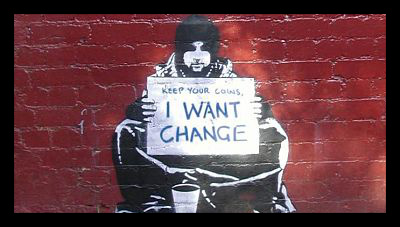 We live in a time where the notion of human rights has become common. It is almost impossible to evaluate current issues, like the role of women in countries ruled by Islamic Law, the exploitation of factory workers in developing countries or the restrictions on immigration in the U.S. and Europe without making references to human rights.

However, approximately four decades ago, the human rights movement in the U.S. was an uphill battle. It was not until the the early 1970s that lobbyists, members of congress and the public in general began to embrace the idea of human rights in response to the excesses of the Cold War. It took time and significant effort from human rights activists to challenge basic assumptions within U.S. foreign policy and overcome mounting opposition.

Despite the fact that the United States government was one of the major driving forces behind the Universal Declaration of Human Rights following World War II, forgotten activists had to engage in a long term struggle to raise awareness about human rights violations around the world.

In the wake of the Cold War, human rights issues moved to the backstage to make room for more pressing issues concerning the U.S.-Soviet rivalry. Dependable allies for the U.S. were regimes that upheld a pro-Western ideology, regardless of their human rights record.

At the height of the Cold War in the 1960s, growing dissatisfaction with U.S. foreign policy and growing military spending led liberals and their supporters to begin scrutinizing U.S. military and aid spending. One key element in the battle for human rights consideration regarding foreign aid spending was the passage of the Foreign Assistance Act in 1973, which restricted the flow of aid to regimes with a record of political persecution or imprisonment.

In addition to the work done by Congress, about 100 human rights movements flourished during the 1970s, some were religion-based while others worked on the behalf of specific nations. In the decade that followed, these activists were the basis for a major political movement that exerted great pressure on legislators and the White House to change their stance towards human rights violations.

Some of the groups also worked to bring awareness to the general public. Using the civil-rights movement and anti-Vietnam war protests, they set out through popular mobilizations to create awareness and strengthen opposition towards oppressive regimes overseas.

In today’s world, where information moves at the speed of light, it is very easy to take human rights as a given. But it is important to remember that there was a time, not too long ago, when people did not seem that concerned about oppressive regimes and political prisoners.