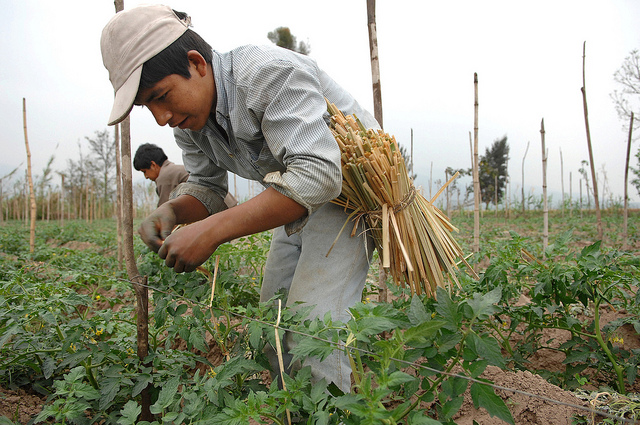 Financially, Argentina has been on the uptick as of late, reemerging as a competitor in the global market. With one of the largest economies in South America, it has made significant progress since the turn of the century, when its financial woes resulted in over half the population living in poverty. Such improvements can be attributed to the abundance of natural resources, a strong workforce, an export-oriented agricultural sector and a diversified industrial base.

However, under Argentina’s previous leader, Cristina Fernandez de Kirchner, government data did not measure the poverty rate. Her economy minister previously said that measuring poverty was “stigmatizing” to poor people. Kirchner assured the population that the poverty rate was fine, claiming it to be around 5 percent, lower than Germany’s. However, according to a study conducted by Catholic University, “poverty rose during each of Mrs. Kirchner’s last four years in office, ending at 29 percent in 2015.” Today, the country is slashing poverty, with robust development projects in Argentina attracting many investors overseas.

Over the past few years, successes have emerged in reducing poverty due to monetary and fiscal economic policies under Mauricio Macri. Since his inauguration in 2015, he pledged a “zero poverty goal,” making adjustments that would rapidly improve the lives of Argentinians. Some of his policies, which included reducing subsidies of electricity and gas actually increased inflation by over 40 percent. In fact, official poverty data stated that 32.6 percent of the population was living under the poverty line in 2016. However, since then, numerous austerity measures have been slowly creating positive change, with foreign investment arriving and the government investing in infrastructure. Other policies imposed under Macri include issuing sovereign bonds, ending Argentina’s 15-year ban on the international bond market, unifying the exchange rate, the modernization of import regime, and reforming the national statistics system.

Among other robust development projects in Argentina is the commitment to invest in renewable energy. To capitalize on this exciting new venture, in 2015 Congress had “approved a law setting the ambitious target of securing 20 percent of the country’s power supplies from renewables by 2025.” According to a recent article, Argentina’s objective pertains to sourcing 8 percent of electricity supplies from renewables by 2019. In light of President Macri’s recently developed economic reforms, such policies include easing restraint on foreign exchange, “lifting restriction on imports and withholding taxes on commodity exports.”

The main concern that Argentina is facing at the moment includes developing infrastructure as well as labor opportunities for a country that is becoming more marketable. Ezequiel Mirazon, energy and mining leader at PwC Argentina, recently reported that one North American investor told him “Argentina is sexy – the time to enter is now.” Areas of sustained growth account for the increased labor force, bringing in migrants from neighboring countries to facilitate such robust development projects. With the GDP rising annually in a country that has suffered from poverty, Argentina‘s economic reinforcements have led it to start competing once again to provide sustainable growth for the foreseeable future.