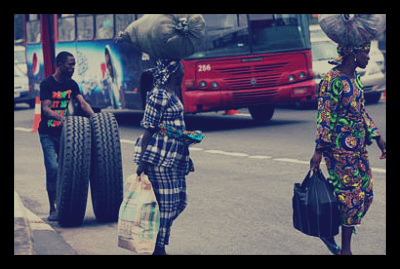 The roads of the Roman Empire were a novel concept that led to the empire’s complete dominance over the European continent. Mobility and safe transport has always been the hallmark of all successful societies and civilizations. 1.2 billion people around the world lack access to modern all-weather roads. Consequently, the paucity of properly maintained paved roads in developing countries not only hampers economic growth and hopes of socio-economic stability, but also endangers lives. The current shortfall in road safety is known to kill as many people as malaria.

A recent statement made by the World Bank Group on November 12, reinvigorates the Group’s commitment to the establishment of safe roads and transportation in developing countries. The report cites the lack of universal access to water, electricity and most recently, roads as the three main areas of concern in global development.

Roads allow for the movement of goods, trade and services within and between countries, fostering positive growth in economies. Roads also promote universal access to jobs, school and medical facilities for locals.

The World Bank currently supports projects such as the Iraq Transport Corridor Project and the Yemen Corridor Highway Project, in the hopes of boosting internal trade. The Group’s investment in rural roads in Morocco have also doubled the primary education enrollment and established regularity in hospital attendance and emergency health response.

Making roads safe and clean for children, people with disabilities, pregnant women and women with babies are also the foregrounding concerns of the Group’s transport sector arm. The efforts would save 380,000 lives over the next 10 years in the Middle East, where traffic accident-related deaths are among the highest in the world.

The enhancement and establishment of modern roads in developing countries is an innovative concept and push against social inequality. Roads are in their very nature democratic and equalizing in physical and ideological form, paving the way to universal development for all walks of life.