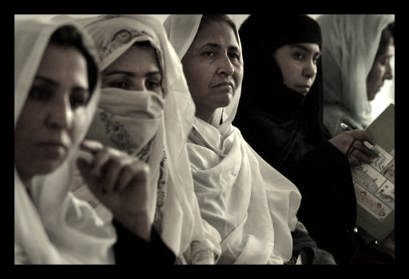 Introduced in the last few months of the 112th Congress, S. 3436, or better known by its short title “Afghan Women and Girls Security Promotion Act of 2012” was written by Senator Robert Casey Jr from Pennsylvania and co-sponsored by seven others senators including California’s Feinstein, New York’s Gillibrand, and Texas’ Hutchinson to name a few.

The well written and detailed bill was in response to the slow removal of U.S. troops from Afghanistan. As the process will continue until 2014, the bill requires the Department of Defense to take multiple precautions and implement specific strategies to ensure the safety and vitality of women and girls in Afghanistan. With less American troops patrolling local areas, it will be important to train the Afghan National Army and Police, as well as educate male civilians on the proper treatment of females.

Although the bill is currently dead, one can only hope it will be reintroduced to the newest Congress. In accordance to the 2012 Strategic Partnership Agreement, President Karzi agreed to “ensure and advance the essential role of women in society so that they may fully enjoy their economic, social, political, civil, and cultural rights.” Making this statement a reality has proven difficult.

One of the main indicators of a successful transition of authority to Afghanistan, according to this bill, would have been an increase in the number of women in the Afghan National Army and Police force. While the Afghan government had set a goal of three percent female composition in its police force and 10 percent in the army by 2014, it has not even come close to reaching either of those percentages. The bill also calls for creating separate female facilities to make the work environment more tolerable and to illustrate the seriousness by which the Afghan government has in implementing its ANP and ANA goals.

Other indicators of a successful transition are the mobility of Afghan women, the attendance rate in schools for girls, participation in local governments, ease of access to social services, and the rate of violence against women in communities. To monitor the data on this, the bill also called for a Civilian Impact Advisor on the Joint Afghan-NATO Inteqal Board to be assigned by the D.O.D.

Thankfully, the bill recognized the fact that it is not just signing agreements and monitoring tangible evidence that is going to help bring stability to Afghanistan. As the security of women is a huge aspect of preventing further conflict and maintaining peace, a call to a cultural awakening for both genders will have to result. It is therefore important for Afghanis to realize the benefits of the inclusion of females in everyday society, be it in the classroom or in the armed forces.

Despite its death in Congress, there is hope that a similar bill will rise in the 13th Congress with more sponsors and more success.