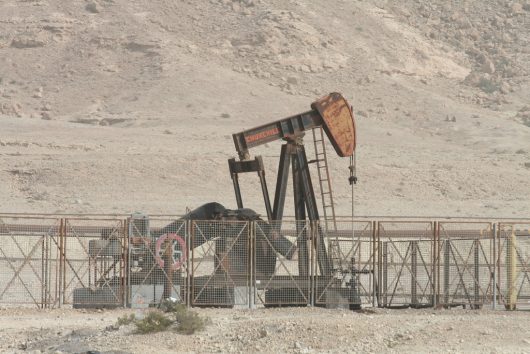 A strange correlation between natural resource-rich countries and human rights abuses has emerged over the past decade.

In 2001, Michael Ross discovered that the majority of states who are high oil-exporters also employ undemocratic policies.

An oil-rich state is classified by dividing total oil exports and by the total population of the country. To be considered a long-term oil-rich state, a country must produce over $100 per citizen for two-thirds of its sovereign years.

Ross found that oil-exporting states enjoy the “rentier effect”, which allows authoritarian regimes to use the revenue collected from oil sales to levy lower taxes. Consequently, the reduced taxes enable regimes to operate without accountability to its people.

The resource curse also has other negative consequences. According to Oil Change International, oil states employ a “repression effect”, which is the violation of human rights through the appropriation of land, forced migration and brutality on its citizens.

An example in which the resource caused human rights abuses in Nigeria. During the mid-1990s Ken Saro-Wiwa and eight other Ogoni leaders were executed for their roles in a successful campaign to remove Shell from the oil-rich Niger Delta.

Burma in the late 1990s also was a victim of the resource curse. The Burmese army and Unocal corporation were caught “clearing routes for the pipelines, including forced relocation, forced labor, rape, torture, and murder”. In 2005, Unocal offered conciliatory compensations to local villagers in lieu of a lawsuit engendered by Earthright International and the Center for Constitutional Rights.

Beyond authoritarian rule and the oppression of its people, the resource curse is linked to internal conflict. The Natural Resource Governance Institute (NRGI) found that over the past 26 years, oil-rich states have been twice as likely to experience civil war compared to their non-oil-rich counterparts, using the example of oil-rich states the Democratic Republic of the Congo, the Niger Delta, Iraq, Libya and Angola.

Similarly, the NRGI coined the term “petro-aggression” to define oil-rich states’ heightened likelihood to engage in an inter-state conflict such as Iraq’s invasion of Iran and Kuwait.

The resource curse also bears a direct relationship with the restriction of gender parity. Research has demonstrated that oil-rich states have fewer women in the workforce and government. Additionally, oil-rich states often have higher rates of HIV/AIDS, a consequence of the influx of male mine workers that travel from one oil-rich country to another.

An indirect consequence of the resource curse is the Dutch disease, which is the process of eliminating all non-oil industries. Consequently, states are dependent on a volatile market, undermining the stability of their economies.

The resource curse has incontrovertible and severe consequences. It is incumbent on democratic leaders to encourage good governance and strict adherence to the Universal Declaration of Human Rights. Additionally, democratic states must continue to encourage the diversification of oil economies through foreign assistance.