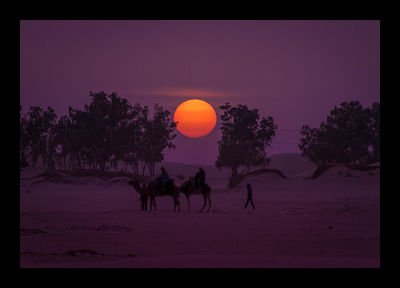 Historically, the Middle East and North Africa, otherwise referred to as the MENA region, have had issues with embedding reproductive and sexual health into its education system. More often than not, these areas are excluded from the countries’ health and development agendas due to cultural constraints. Many MENA countries remain conservative patriarchal societies, which often produce barriers in gathering information about sexual health issues.

However, a survey in Qazvin, Iran among university students demonstrated that a majority of the population does not believe sex education would lead to sexual immorality. In fact, students believe this knowledge is more beneficial in the long run by delaying first intercourse and leading to consistent contraceptive use.

On the other hand, Egypt’s 2009 survey of more than 10,000 school-aged children illustrated that less than 20 percent of students received their information about puberty while in school. About 60 percent of girls cited their mothers as their main source for health information. But if these mothers never had adequate reproductive health exposure in school themselves, how prepared are parents to discuss sexuality with their children?

With almost half of the combined population in the MENA region under the age of 25, there is an urgent need to inform the young population about safe sex practices. As the current generation attains higher levels of education and marries later than their parents did, the younger population is making more efforts for the dissemination of health information in schools to better protect their bodies.

In Egypt, a program called Ishraq targets young girls in underprivileged rural cities and brings them into a safe environment to educate them on health and nutrition, among other things. Since the launch of the program in 2001, Ishraq has expanded to other areas, targeting boys as well. The program has succeeded in mobilizing communities and is currently gaining support to institutionalize the program at the local and national level.

More health initiatives, like Ishraq, need to be seen in the MENA region. Information sharing, education and training will be essential for reproductive health in the MENA region. In addition, a major effort needs to be undertaken to deal with cultural constraints. By gaining the support of political and religious leaders, advances can be made in reproductive health that will endure.