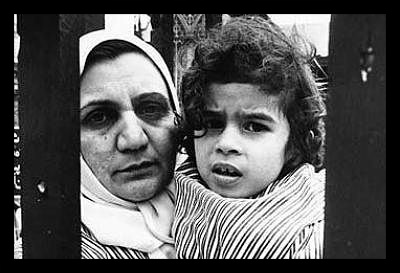 Globally, Iran is one of the record-holders in hosting refugees, millions coming from neighboring countries.  Over the past three decades millions of refugees have crossed Iranian borders, especially since the former Soviet Union invaded Afghanistan in 1979.

According to Press TV, aside from hosting Afghani refugees, Iran has provided asylum for hundreds of thousands of Iraqi refugees that had been displaced as a result of the Persian Gulf War in the early 1990’s.

The United Nations’ World Food Programme (WFP) is in charge of providing food for millions of refugees, but this has not been possible to address in Iran; thus, Iran spends a substantial portion of their money for refugees’ food, health, education and other costs. The executive director of the WFP, Ertharin Cousin, appreciates that Iranian officials have kept the borders open during the past 35 years even though her program is not completely doing its job.

The U.N. Refugee Agency reports as of October 2011, that conferring to the Bureau for Aliens and Foreign Immigrants’ Affairs, the total number of refugees registered with the authorities stands at 882,659 and less than three percent live in actual refugee settlements.

Despite the fact the WFP is not working out properly, UNHCR has assisted 936,907 Afghan and Iraqi refugees to return home from 2002 until December 2012. The WFP director also says the global community has the tools to make this generation the last generation of hungry people in the world, states the Tehran Times.

“We, as the global community, are not only able to fight hunger but to end hunger and to ensure that we are not just filling the stomachs but to provide people with tools so that they can ultimately feed themselves,” Cousin told a press conference in Tehran.

Cousin also remarks that the Iranian people were the first private citizens who raised funds up to $150,000 for the people affected by the Typhoo Haiyan in the Philippines in November 2013. They were also among the first to respond to WFP’s call to help the people in the Horn of Africa and donated $250,000 to the African people.

According to Cousin, the WFP raised 4.2 billion dollars during 2013 in order to feed 90 million people throughout 80 countries across the globe.