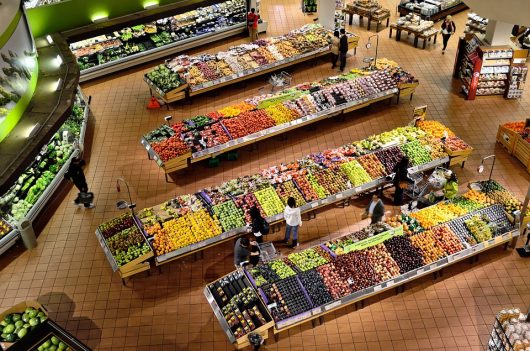 When the topic of world hunger comes up, the natural response might be to suggest that more food be produced to feed those in need. Before investing resources in creating more food, recycling or reducing food waste should be considered as an effective solution to world hunger.

Grocery stores waste more than 30 percent of food, which equals about $160 billion in America, according to author Tristram Stuart. That amount of wasted food would be enough to feed the 800 million people internationally who live in hunger.

A majority of food that gets thrown out is still edible. Supermarkets often reject food for cosmetic reasons like vegetables looking crooked or blemished.

Stuart also argues that grocery stores are marketed as having excess food. This leads to consumers buying too much food and throwing out their excess, which contributes to the waste crisis.

Certain organizations around the world recognized this problem and actively work to reduce food waste and world hunger. Equoevento is a non-profit based in Rome that donates leftover food from events to charities.

Another organization in Kenya, called Enviu, takes food that is rejected for cosmetic purposes and distributes them to schools that need extra meals.

In addition to feeding those in need, this practice demonstrates economic efficiency as farmers will not lose out as much on their produce getting wasted.

Methods for saving food even made an appearance at the Olympics this year. Refetto-Rio is an initiative, much like Equoevento, takes wasted food from the Olympic Village and converts it to meals for those in need.

Not all of us have the capacity to start organizations that reduce large-scale food waste, but we can attempt to reduce our own waste. By wasting food at home people actually harm the world’s hungry.

Consumers increase the demand for food by purchasing excess food that is not eaten. This causes global food prices to rise and makes food less affordable for others.

Paying attention to the food we waste and ensuring we only buy what we need is a start. There are a number of smartphone apps available, such as LeanPath, that show people the monetary cost of the food they waste.

Giving people a concrete representation of their waste can motivate them to be more efficient with their food and aid efforts in diverting unused food to those in need.

Technological innovations for food growth and quality should be encouraged; however, reducing food waste, on a large-scale and at a household level, is a more immediate solution that addresses food waste and world hunger.

Humanitarian Aid is Effective in Combatting ISISTalking About Poverty: What is the Definition of Global Poverty?
Scroll to top