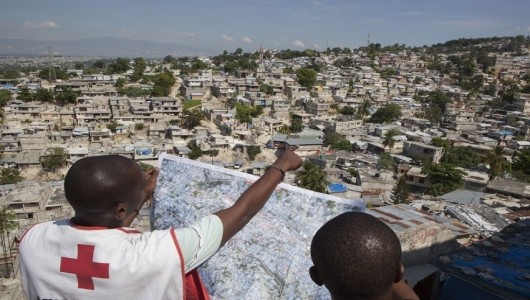 In 2010, Haiti was devastated by a massive earthquake. Due to the lack of government funds and the staggering amount of impoverished communities, the earthquake did an untold amount of damage on people’s homes, communities and individual lives.

Almost immediately, Haiti received an outpour of Western support. Numerous nonprofit organizations and government entities sent Haiti funds and volunteers to help with the aftermath of the earthquake as well as the cleanup and revitalization of the island.

Many American celebrities like Beyoncé and Angelina Jolie-Pitt visited the country to draw mainstream attention as well as raise money. While many individuals and nonprofits contributed to the cause, the American Red Cross raised an astronomical amount—$500 million.

Because of the large amount designated for Haiti from one organization, many assumed that a lot of progress would have been made five years later.

The money donated by many working people worldwide was meant to build homes and assist in relief. However, since the release of the story, many have questioned the Red Cross’ money allocation and ethics, leading to controversy.

The speculation has caused many to take on their own inquiry. On June 12, Haitian journalists grilled Red Cross officials. Although the hearing was tense, the Red Cross released a clarification article.

Since NPR published their initial story, the Red Cross has been swift in response to the controversy. While, according to their website, they have only built six permanent homes, Red Cross claims that “As the project progressed, we learned a number of lessons that helped us revise our long-term shelter plans.”

The Red Cross says that their delayed response to the situation is going to be better in the long run. They plan on building at least three additional neighborhoods for the Haitian survivors and residents.

The release of NPR’s article has prompted Congressman Rick Nolan of Minnesota to hold a hearing to probe the Red Cross’ mismanagement of Haitian relief funds.